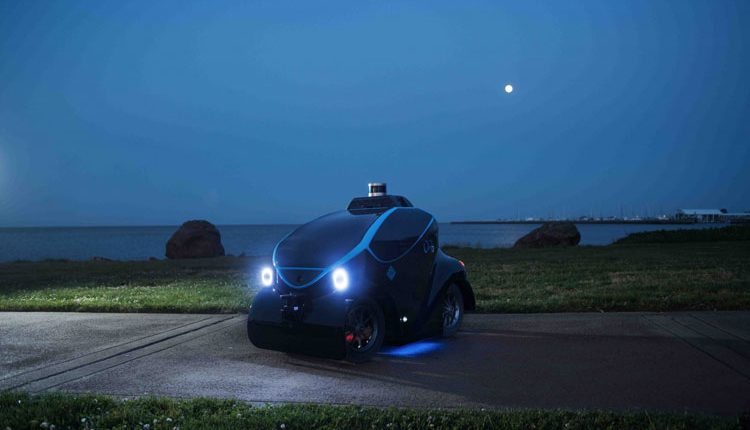 25% Of Dubai Police Force To Be Autonomous Robo-Cars

By the end of the year, mini autonomous police cars paired with companion drones and facial-recognition technology will begin patrolling the streets of Dubai to help identify and track suspects.

The announcement by city officials this week comes as Dubai races to reshape the future of its law enforcement.

But don’t expect a high-speed chase out of the little cars. In demonstrations, the robot never appears to move beyond a stroll’s pace. But the four-wheeled security vehicle comes with a built-in aerial drone that can be deployed to survey areas and people that the robot can’t reach.

Named the O-R3, the patrol car can navigate on its own using machine-learning algorithms, but police can control the robot remotely from behind a computer dashboard. The vehicle also comes equipped with thermal imaging and license-plate readers. The manufacturer, Singapore-based Otsaw Digital, claims the car-and-drone duo is the first of its kind.

The Dubai police force and Otsaw said the robots are intended not to replace human officers but to better manage resources and manpower — Otsaw touts that the vehicles can operate 24/7 and recharge themselves. “We seek to augment operations with the help of technology such as robots,” Abdullah Khalifa Al Marri, the head of the Dubai police, said in a statement. “Essentially, we aim for streets to be safe and peaceful without heavy police patrol.”

Last month, Dubai recruited the world’s first police bot, tasked not with dispensing weaponized justice but with the more modest assignment of monitoring tourist attractions. The robot, dubbed ‘RoboCop’, speaks two languages — English and Arabic — but soon will speak four, officials said. But the electronic officer is just the first of many to come. Within the next few years, the city will introduce a nearly 10ft-tall model, capable of speeds of almost 50mph, that can also be controlled by a human officer from inside its frame and carry heavy equipment.

Apple Out Of Touch With Fingerprint Sensors