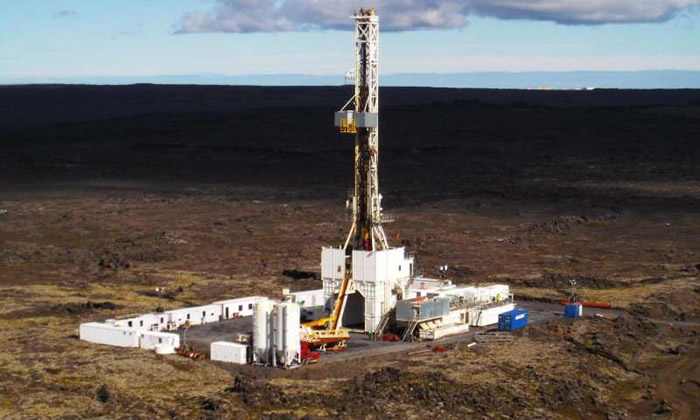 For visitors to Iceland, Reykjanes Peninsula is a place known for its diverse landscape. For scientists working on green energy alternatives, it has special significance as a ‘geopark’ known not only for its diversity but for its geothermal potential.

A visitor site said the peninsula offers a very unique view where “seemingly endless, green-grey moss-topped lava field blankets the peninsula for as far as the eye can see, and it is this strange and rather other-worldly sight that is your first glimpse of the land of fire and ice.”

Drilling for geothermal in Reykjanes Peninsula is an eye-catching effort in a project where a 3-mile hole is being drilled to tap magma power. A consortium of energy companies and researchers is behind the project, said New Scientist.

Reports said the project could increase the output of geothermal wells significantly.

Jay Bennett, an assistant editor for Popular Mechanics, said Friday: “Geothermal heat pumps use hot rocks deep in the ground as a heat source to generate electricity. But if you could build a heat pump that taps liquid hot rocks, or magma, then you might really be in business.”

Fred Pearce on Friday also talked about the effort in New Scientist. “Drilling into hot rocks to tap geothermal energy is one thing. Drilling deep enough to tap the energy from magma oozing into volcanoes is quite another.”

Magma refers to molten, or hot liquefied, rock located below the Earth’s surface.

What is Iceland’s current electricity picture? Pearce wrote, “Iceland’s electricity is already entirely powered by non-fossil-fuel sources. But its string of geothermal power plants plays second fiddle to its large hydroelectric power stations, which generate three-quarters of the country’s electricity. That could change.”

“If they can get supercritical steam in deep boreholes, that will make an order of magnitude difference to the amount of geothermal energy the wells can produce,” said Arnar Guðmundsson of Invest in Iceland, a government agency, in New Scientist.

Drilling began in August. What’s next? New Scientist said, “By the end of the year, the Iceland Deep Drilling Project (IDDP) hopes to have created the hottest hole in the world, hitting temperatures anywhere between 400 and 1000 °C.”

Meanwhile, the International Energy Agency stated that “The 2011 Technology Roadmap Geothermal Heat and Power shows that there is potential to achieve at least a tenfold increase in the global production of heat and electricity from geothermal energy – heat emitted from within the earth’s crust – between now and 2050.”