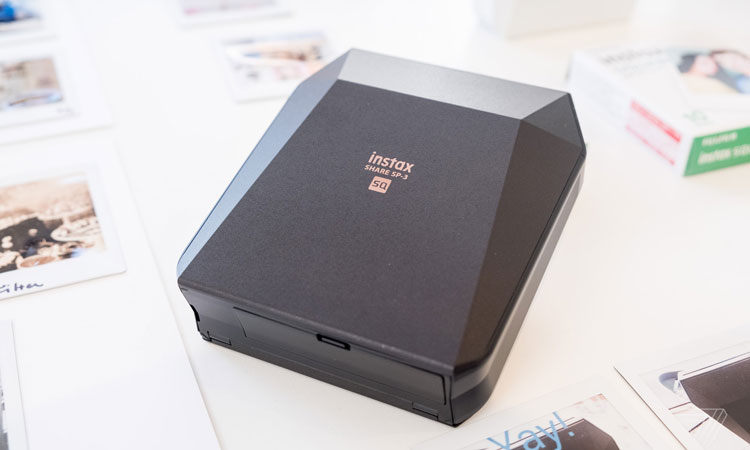 Fujifilm unveiled a new square version of its Instax film this summer when it released the Instax SQ10 camera, and now it’s bringing that format to its lineup of small wireless printers. Today the company announced the $199 Instax Share SP-3, the third version of the company’s mobile instant film printers since the product was initially released at CES in 2014.

The SP-3 is the first to use the new Instax Square film, but it otherwise works much like its predecessor, the SP-2 (which prints Instax Mini film). That’s for better and for worse. Better because the SP-2 worked well — it printed fast (about ten seconds), was easy to use with all sorts of different phones and services (like Facebook or Instagram), and the print quality was pretty good — and worse because the app experience is still really rough around the edges.

In addition to the existing collage option, you can now add text to the prints, but you can’t customize them much beyond color. What you see is pretty much what you get, and many of them frankly look like unfinished ideas.

The SP-3 will come in black and white, and goes on sale in ‘early November’, according to Fujifilm.

ELIV: The Importance Of The UX In Automotive Innovation

Taking Self-Driving Car Technology from the Road to Space

Taking Self-Driving Car Technology from the Road to…