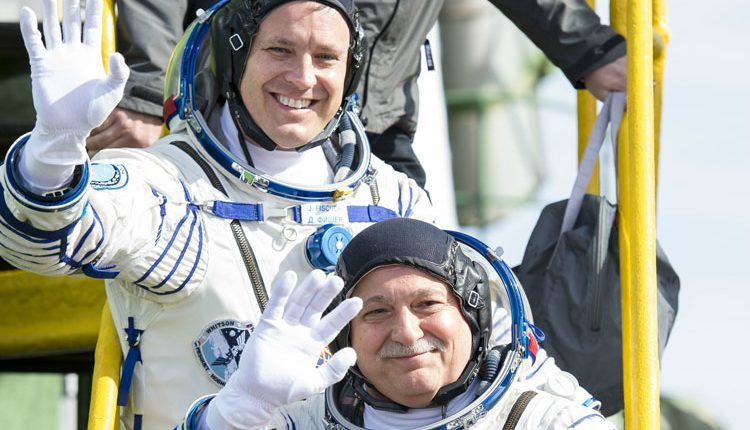 NASA astronaut Jack Fischer and cosmonaut Fyodor Yurchikhin of the Russian space agency Roscosmos arrived at the International Space Station at 9:18am EDT Thursday after a six-hour flight, where they will continue important scientific research.

The two launched aboard a Soyuz MS-04 spacecraft from the Baikonur Cosmodrome in Kazakhstan at 3:13am (1:13pm Baikonur time), orbited Earth four times, and docked at the space station.

The expanded Expedition 51 crew soon will conduct new science investigations arriving on Orbital ATK’s seventh NASA-contracted commercial resupply mission Saturday, April 22nd. Investigations arriving will include an antibody investigation that could increase the effectiveness of chemotherapy drugs for cancer treatment and an advanced plant habitat for studying plant physiology and growth of fresh food in space. Another new investigation bound for the U.S. National Laboratory will look at using magnetized cells and tools to make it easier to handle cells and cultures, and improve the reproducibility of experiments. Cygnus also is carrying 38 CubeSats, including many built by university students from around the world, as part of the QB50 program. The CubeSats are scheduled to deploy from either the spacecraft or space station in the coming months.

Fischer and Whitson are scheduled to take part in the fifth spacewalk of the year on May 12th. The pair’s main task will be to replace an avionics box on the starboard truss called an ExPRESS Logistics Carrier, a storage platform. The box houses electrical, and command and data routing equipment for science experiments and replacement hardware stored outside the station. The new avionics box is arriving aboard Orbital ATK’s Cygnus cargo craft on Saturday, April 22nd.

For more than 16 years, humans have lived and worked continuously aboard the International Space Station, advancing scientific knowledge and demonstrating new technologies, making research breakthroughs not possible on Earth that will enable long-duration human and robotic exploration into deep space. A global endeavor, more than 200 people from 18 countries have visited the unique microgravity laboratory that has hosted more than 1,900 research investigations from researchers in more than 95 countries.