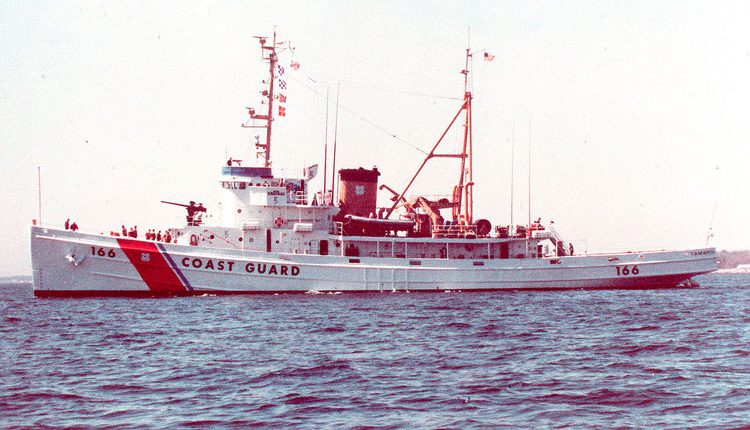 ‘Perfect Storm’ vessel to be sunk for artificial reef

To become part of an artificial reef, the ship made famous in the book and subsequent film ‘The Perfect Storm’ is about to be intentionally sunk off the New Jersey and Delaware coast.

The sinking of the Tamaroa, a 205ft (62m) Coast Guard vessel, initially was scheduled to take place several months ago, but was repeatedly delayed by rough seas and other related issues.

Officials say they plan to sink it Wednesday morning, about 33 nautical miles (61km) off the coast of Cape May, New Jersey. They note that the ocean waters need to be as calm as possible so the vessel can sink straight down to the reef.

Extensive work also had to be done before the ship could be sunk, including the removal of interior paneling and insulation as well as emptying and cleaning the vessel of all fuel and fluids.

A tugboat began hauling the Tamaroa from a Norfolk, Virginia, shipyard on Monday afternoon and it slowly made its way up the Eastern Seaboard on Tuesday without any issues, according to the New Jersey Department of Environmental Protection.

The Tamaroa was first commissioned by the U.S. Navy in 1934 under the name Zuni and saw action during World War II when it helped tow damaged vessels across the war-torn Pacific Ocean. It was transferred to the Coast Guard and renamed in 1946, then continued to serve until it eventually was decommissioned in 1994.

The vessel’s most notable mission came in October 1991, when three strong storm systems came together off the New England coast, generating 40ft (12m) waves and wind gusts of more than 70mph.

The Tamaroa’s crew helped save three people aboard a sailboat that was caught in the storm. They also rescued four of five crewmen of an Air National Guard helicopter that ran out of fuel during a similar rescue mission and had to be ditched in the ocean.

Both events were documented in Sebastian Junger’s 1997 book, ‘The Perfect Storm’, and a movie of the same name starring George Clooney.

US to be taken over by AEVs in 13 years