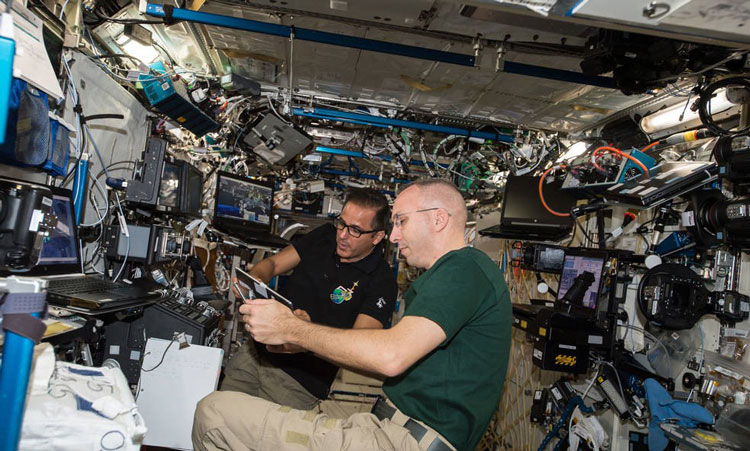 Students Speak To NASA Astronauts In The Space Station

The Santa Monica High School students in Santa Monica, California will speak to the NASA astronauts living, working and doing research aboard the International Space Station at 11:50am on Monday October 30th.

The 20-minute, Earth-to-space call will air live on NASA Television and the agency’s website. Students will interact with NASA astronauts Randy Bresnik and Joe Acaba who are aboard the International Space Station on Expedition 53.

Each homeroom in the school submitted questions to the astronauts. Discussion will include topics about living aboard the space station, NASA’s deep space exploration plans, and science in space.