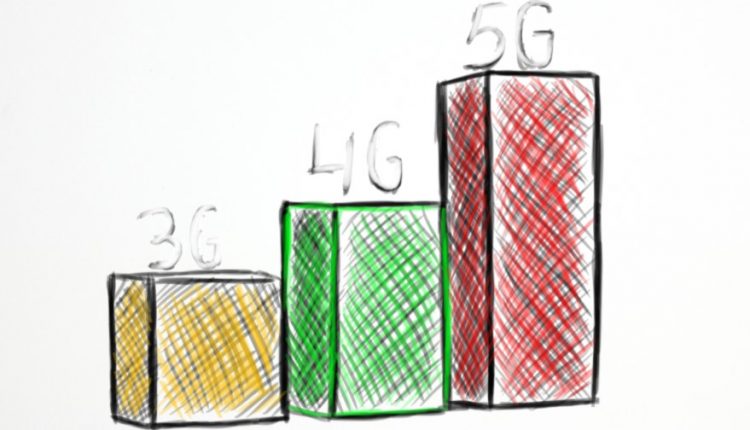 Fast, faster, Hyper Fast is the way Samsung describes the evolution from 3G to 5G on its website:

“The next generation of mobile internet connectivity is right around the corner. 5G will mean blazing speeds 3x faster than 4G, lower lag times, and much more reliable, real-time connections. But how will all these advancements help improve your daily life?”

The Korean electronics giant gives examples of what 5G will make possible: a tattoo artist in China will be able to oversee a robot inking their design in Chicago; remote monitoring of patients through connected devices; virtual reality more almost-real than ever before, and the creation of smart cities.

… will spur leaps in the coverage, capacity and density of wireless networks. It will power a surge in Internet of Things (IoT) technology and usher in a new era of technological capabilities: autonomous vehicles, remote surgery with real-time reactions and much more. But even people on the forefront of this innovation aren’t sure what effect the new generation of wireless platforms will have on various markets and industries.

In February 2019,  more than 200 stakeholders from big telecoms (1,000+ employees) directly involved in 5G network implementation were asked what the challenges and opportunities were and when they thought we’d see mainstream adoption.

More than half thought widespread adoption would happen by 2021, that America would lead in 5G implementation (despite China outspending the U.S. on 5G infrastructure by $24 billion since 2015), and that business adoption was what would really drive the growth of 5G (as opposed to consumer demand for things like 360-degree video streaming, truly immersive virtual reality and augmented reality applications). And while better, faster video will be the adoption driver for the next two years along with the Industrial Internet of Things (IIoT), over the next three to five years, it will be smart cities adopting 5G that will drive growth rather than connected vehicles and smart cars, according to the majority of study participants.

There’s been approximately a decade between every evolution of cellular advances. So, let’s take a look at the history and evolution of G, from 1G to 5G.

Analog telecom standards were introduced in the 1980s, and the first generation mobile network, 1G, was modulated to higher frequency, usually 150 MHz and up. First introduced in Tokyo in 1979, within five years the network covered all of Japan and became the first national 1G network. By 1981 the Nordic Mobile Telephone (NMT) system launched in Scandinavia. It was the first network to feature international roaming. The U.S. 1G network launched in 1983, followed by the launch of 1G networks in the UK, Canada, and Mexico in the mid-1980s. As late as 2018, a limited NMT service is still operating in Russia. It’s the only 1G network still in operation.

The evolution to 2G meant voice was encoded to digital rather than analog signals. The three major improvements of 2G, launched in 1991, were the digital encryption of phone conversations, far more efficient use of the spectrum so significantly more users per frequency band could be added, and the introduction of SMS text messages.

Available starting in 2000, 3G standards for reliability and speed (data transfer rates), 3G required provision of peak data rates of at least 144 Kbit/s. What made 3G different? Location-based services, the ability to watch mobile TV, participate in video conferencing, and watch videos on demand. 3G was already being researched in the early 1980s, although it took 15 years for the International Telecommunication Union to develop its specifications and standards, including allotting the communication spectrum between 400 MHz to 3 GHz for 3G. The first 3G network was launched in 1998, although the first commercial 3G network didn’t appear till late 2001, although it was 2002 before first Korean, then U.S. 3G commercial networks went live.

One of the reasons 3G adoption took a while was related to infrastructure: 3G didn’t always use the same frequencies as 2G, which meant new networks needed to be built and new frequencies licensed to hit the high data transmission rates required. Transmission hardware upgrades were required in some cases as well. And in some countries, particularly those in western Europe, telecoms had to pay additional spectrum licensing fees, sold at government auction to a limited number of potential licensees.

3G gave us a reason to invest in smartphones and introduced the term “mobile broadband.” 3G standards meant mobile finally had the speed and capability for internet browsing.

4G and the Long Term Evolution (LTE) standard promised fast mobile web access, gaming services, high-definition videos and TV support and high-quality video conferencing. First launched in 2009 in Oslo, Norway, and Stockholm, Sweden, 4G coverage has been an issue for some networks. Computerworld UK reported in mid-2019 that UK residents could only access 4G networks 53% of the time. That gave the UK the honor of being the worst place for 4G coverage in Europe.

4G networks that are functional, however, have achieved speeds of 50 Mbps, with 50 ms latency (round trip time from browser to server; obviously the lower the better).

The brave new world of 5G means data transmission rates 10 to 11 times faster than 4G, with speeds of 20 Gbps and only 1 ms latency. Stay tuned. While 5G rolled out in both China and the U.S. in 2019, networks are still experiencing growing pains. But by this time two years’ from now, there should be a satisfyingly different 5G adoption story to tell.

What if Solar Cells Worked at Night?