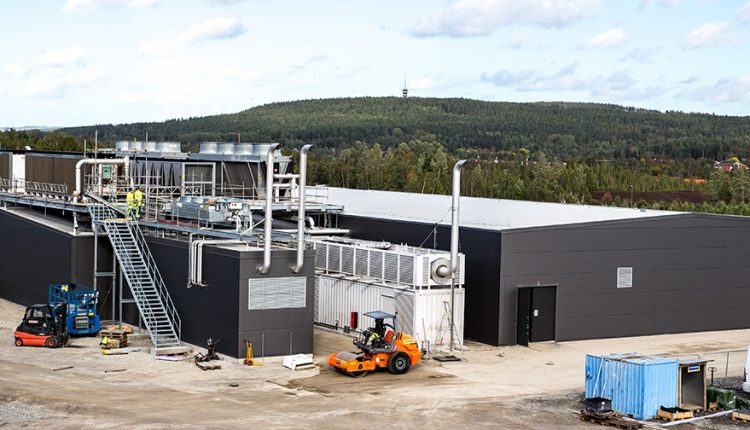 A carbon-positive data center set to go into operation

Increased digitalization will lead to data processing at data centers using one-fifth of the world’s total energy production as early as 2025, as calculations from several researchers and experts show. Since fossil fuel sources are responsible for two-thirds of the world’s production of electricity, data centers risk becoming one of the largest sources of carbon dioxide emissions.

Sweden’s EcoDataCenter, a provider of colocation data center solutions, is now ready to give the central Swedish city of Falun the world’s first climate-positive data center. After four years of development efforts, EcoDataCenter has managed to create a data center that is integrated with the surrounding energy ecosystem to reuse the heat generated and create a climate positive data center; Being climate positive means that not only are there no carbon emissions, but that during operation it even promotes the reduction of total carbon emissions.

Great interest from around the world

Carbon-positive operation is achieved through green electricity and using the surplus heat from the center in Falu Energi och Vatten’s local district heating networks and a wood pellet factory. During the warmer months, the surplus energy in the district heating network is used for cooling the data center. The facility will have a total capacity of 1.9mW and will be put into operation in the autumn of 2018.

“The technical design of the data center will be a crucial issue going forward, since it has a tremendous impact on both environment and costs, and we see a very large market for our technology,” said Lars Schedin, CEO of EcoDataCenter.

The steadily increasing need for processing data in the wake of 5G, the Internet of Things and artificial intelligence are what lie behind the expected rise in the energy consumption of data centers. According to Gartner, a leading Internet analyst, there will be more than 20 billion connected objects by 2020, a figure that in the opinion of some commentators could increase to a full 100 billion as early as 2025.

Most of us, however, are likely unaware of the fact that our daily digital habits have a serious impact on the environment.

Schedin added: “Naturally, one person watching a video on the Internet has a marginal impact, but when several million do it several times, the total energy consumption is very large, something most of us barely think about. This means that viewing this video alone has consumed energy equivalent to an estimated 850GWh. If we start from the fact that it has been viewed around the globe, it is reasonable to assume that this in turn has involved emissions of approximately 360,000 tons of carbon dioxide, as much as 220,000 taxis release in an entire year.”

Simply put, data centers consist of a large number of data servers that process data, something that uses a lot of energy since the processing in itself requires energy, but also because the servers must be constantly cooled in order to function. Energy consumption constitutes one of the largest operating costs in a data center, and a facility with lower energy consumption will thereby have less of an impact on the environment and offer lower costs, something that is extremely attractive for both data companies and their customers.

As a result of its low energy prices, Sweden is already an attractive country for investments in new data centers, which is why several major players, Facebook and Google among them, have chosen to establish centers in Sweden. EcoDataCenter expects that their technology for carbon-positive data centers will further strengthen Sweden’s position in the industry.

Lars Thunell, Chairman of EcoDataCenter’s Board of Directors, noted: “Interest in the facility in Falun is enormous, and we have had visits from customers around the world even though it’s not really ready. Everything points to it being a major success, and we are therefore counting on the need to build a large number of facilities of this type, both in Sweden and abroad, to successfully meet interest and demand.”

How the robotics boom is changing people’s lives