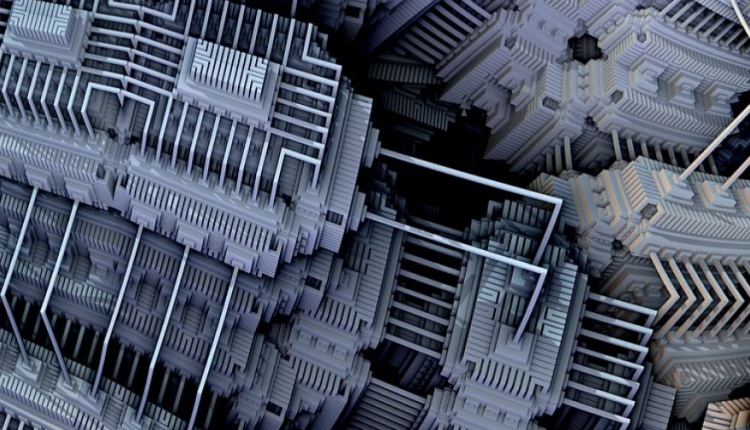 Because electrons and ions behave on vastly different timescales, it’s been prohibitive to simulate both on the same footing. Ultrafast quantum simulation, however, overcomes this limitation and allows for the study of the dynamics of the interactions between electron and ion, offering insight into how matter behaves inside giant planets and in the highly compressed core during laser-driven nuclear fusion.

Billions of tiny interactions occur between thousands of particles in every piece of matter in the blink of an eye. Simulating these interactions in their full dynamics was said to be elusive but has now been made possible by new work of researchers Warwick and Oxford universities.

In doing so, they have paved the way for new insights into the complex mutual interactions between the particles in extreme environments such as at the heart of large planets or laser nuclear fusion.

The researchers have developed a new way to simulate quantum systems of many particles, that allows for the investigation of the dynamic properties of quantum systems fully coupled to slowly moving ions.

Effectively, they have made the simulation of the quantum electrons so fast that it could run extremely long without restrictions and the effect of their motion on the movement of the slow ions would be visible.

Reported in the journal Science Advances, it is based on a long-known alternative formulation of quantum mechanics (Bohm dynamics) which the scientists have now empowered to allow to study the dynamics of large quantum systems.

Many quantum phenomena have been studied for single or just a few interacting particles as large complex quantum systems overpower scientists’ theoretical and computational capabilities to make predictions. This is complicated by the vast difference in timescale the different particle species act on: ions evolve thousands of times more slowly than electrons due to their larger mass. To overcome this problem, most methods involve decoupling electrons and ions and ignoring the dynamics of their interactions. But this severely limits our knowledge on quantum dynamics.

To develop a method that allows scientists to account for the full electron-ion interactions, the researchers revived an old alternative formulation of quantum mechanics developed by David Bohm. In quantum mechanics, one needs to know the wave function of a particle. It turns out that describing it by the mean trajectory and a phase, as done by Bohm, is very advantageous. However, it took an additional suit of approximations and many tests to speed up the calculations as dramatic as required. Indeed, the new methods demonstrated an increase of speed by more than a factor of 10,000 (four orders of magnitude) yet is still consistent with previous calculations for static properties of quantum systems.

The new approach was then applied to a simulation of warm dense matter, a state between solids and hot plasmas, that is known for its inherent coupling of all particle types and the need for a quantum description. In such systems, both the electrons and the ions can have excitations in the form of waves and both waves will influence each other. Here, the new approach can show its strength and determined the influence of the quantum electrons on the waves of the classical ions while the static properties were proven to agree with previous data.

Many-body quantum systems are the core of many scientific problems ranging from the complex biochemistry in our bodies to the behavior of matter inside of large planets or even technological challenges like high-temperature superconductivity or fusion energy which demonstrates the possible range of applications of the new approach.

Professor Gianluca Gregori (Oxford), who led the investigation, said: “Bohm quantum mechanics has often been treated with skepticism and controversy. In its original formulation, however, this is just a different reformulation of quantum mechanics. The advantage in employing this formalism is that different approximations become simpler to implement and this can increase the speed and accuracy of simulations involving many-body systems.”

Dr. Dirk Gericke from the University of Warwick, who assisted the design of the new computer code, said: “With this huge increase of numerical efficiency, it is now possible to follow the full dynamics of fully interacting electron-ion systems. This new approach thus opens new classes of problems for efficient solutions, in particular, where either the system is evolving or where the quantum dynamics of the electrons has a significant effect on the heavier ions or the entire system.

“This new numerical tool will be a great asset when designing and interpreting experiments on warm dense matter. From its results, and especially when combined with designated experiments, we can learn much about matter in large planets and for laser fusion research. However, I believe its true strength lies in its universality and possible applications in quantum chemistry or strongly driven solids.”

How to Create a Data Strategy for IoT