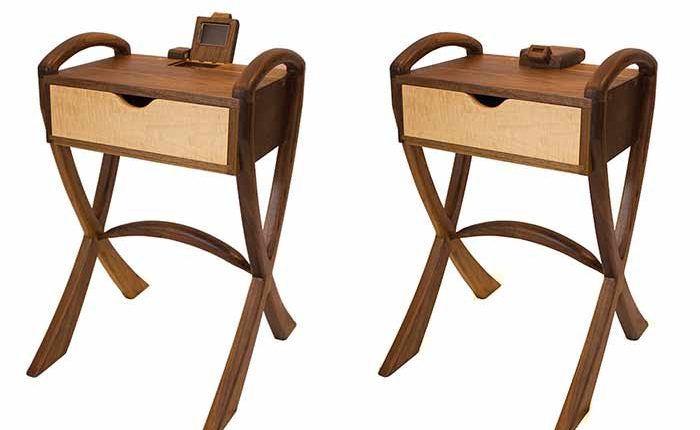 Self-taught software engineer Peter Roca was looking for a more pleasant wake-up experience when he decided to create one himself using Raspberry Pi and some wood he had lying around.

The interesting aspect of his alarm clock is that it doubles as a piece of furniture, possibly a nightstand. You may not even notice that there’s an alarm clock hidden in there.

Roca has made his project available for anyone who wants to give it a try and he is sure to emphasize that he is not an electrical engineer and made plenty of mistakes during the construction process, giving hope to the ordinary enthusiast who wants to play around with Raspberry Pi.

He’s divided his project into three phases: construction, hardware, and software. First he worked on the wooden frame, then tackled the hardware and software engineering aspects of the project using a handful of components including Raspberry Pi , a 20-Watt amplifier, mini servos, relays, and a touchscreen.

“I had some experience building robot kits in the past, but it’s an entirely different thing to design electronic circuits from scratch without any formal training,” Roca wrote on his project website.

When he was done, he had a computer embedded in a piece of wooden furniture that functioned as a clock, a wake-up call, FM radio, and Internet audio streamer. He does point out that his development is not yet capable of speech recognition or radio recording, but he is interested in those aspects.

“All of the software that runs it is freely available, so if you want to make your own incarnation, you don’t have to write all the code. I designed the software to be modular, so if you know Python, then you can make your own custom modules and drop them in easily. I also tried to be as detailed as I could regarding construction of the hardware,” wrote Roca.

Check it out here and happy building!

This new material could turn engine heat into electricity, save on gas mileage