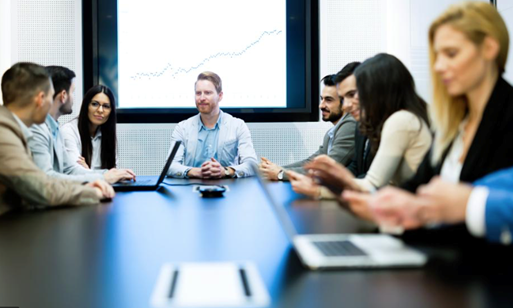 CI has been shown to predict performance in many contexts, including teams working in consulting, the military, software development, and online games.

The researchers recruited 600 individuals from a mid-Atlantic U.S. university’s research participant pool for a two-hour study on group behavior. They assigned participants to work in approximately 150 stable, unstable, or unspecified hierarchical teams with varied gender compositions in each unit. They then examined how team structure led to different behavioral manifestations of collective attention, as seen in verbal communication patterns.

In some teams, members voted for a leader, then were told that the leader would continue in that role for the duration of the study or that the group would be able to vote the leader out at a later part of the study; some teams did not vote for a leader. The teams then completed a CI test. Participants wore microphones to capture their communication, and then the researchers applied novel analytic techniques using algorithms to capture interactional synchrony and competitive interruptions.

Watch Now: A Flicker from a Black Hole