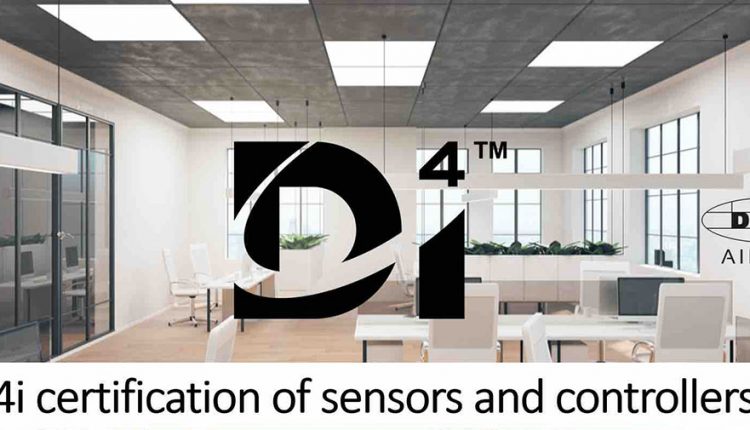 The DALI Alliance (DiiA) has announced that it is now offering D4i certification of DALI-based control devices that are designed for mounting on LED luminaires. Eligible devices include light-level or occupancy sensors, as well as control nodes that can communicate wirelessly with external networks.

D4i is the DALI standard for intelligent, IoT-ready luminaires. By taking care of control and power requirements, D4i makes it much easier to mount sensors and communication devices on luminaires. In addition, intelligent D4i LED drivers inside the luminaire have the capability to store and report a wide range of luminaire, energy and diagnostics data in a standardized format.

Smart D4i luminaires are ideal platforms for the IoT, capable of gathering information from on-board D4i sensors, and providing data for performance monitoring, asset management, predictive maintenance and many other tasks. Communication and data exchange with an external network can take place via a D4i control device with wireless communication capabilities.

“Certification of D4i sensors and controllers is a significant milestone for our members and their customers,” said Paul Drosihn, DALI Alliance General Manager. “The availability of qualified D4i control devices, alongside the many D4i drivers already available from numerous suppliers, brings further standardization to the market and simplifies the specification process.”

D4i standardization also enables luminaires to make use of socketed connector systems, providing plug-and-play interoperability and future proofing. The DALI Alliance has worked with the Zhaga Consortium to standardize the D4i-based connector systems defined in Zhaga Book 18 (for outdoor luminaires) and Book 20 (indoor).

Part 351 defines four different classes of control device (types A-D), and includes specific requirements for power consumption. There is also a mechanism to decide which control device takes priority when more than one is present. These types cover both indoor and outdoor applications, and include devices such as wireless network lighting controllers (NLCs), photocells (light sensors), movement sensors and timers.