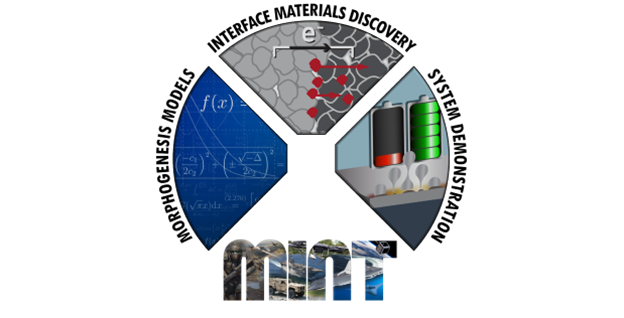 Both persistent battery power and anti-corrosion coatings are key to sustaining military operations, however there is an inability to address microscopic irregularities that form at the interfaces of electrochemical materials. To find a solution, DARPA announced the Morphogenic Interfaces (MINT) program, to develop self-regulating interfaces that exploit detrimental local gradients to maintain optimal functionality over planned operational life cycles.

Batteries and anti-corrosion coatings both rely on electrochemical reactions at material interfaces from the atomic through millimeter scale. It is at these microscopic interfaces that high energy density solid-state batteries and novel corrosion resistant coatings/alloys run into problems.

MINT is focused on developing novel interface materials that can exploit local gradients to consistently form and reform at the interface. Efforts are focused on two application-centric areas. The first is solid/solid charge transfer interfaces to enable solid-state batteries with unprecedented combinations of energy density and cycle life. The second focus area addresses solid/liquid and solid/vapor interfaces for high- performance corrosion resistant coatings and alloys.