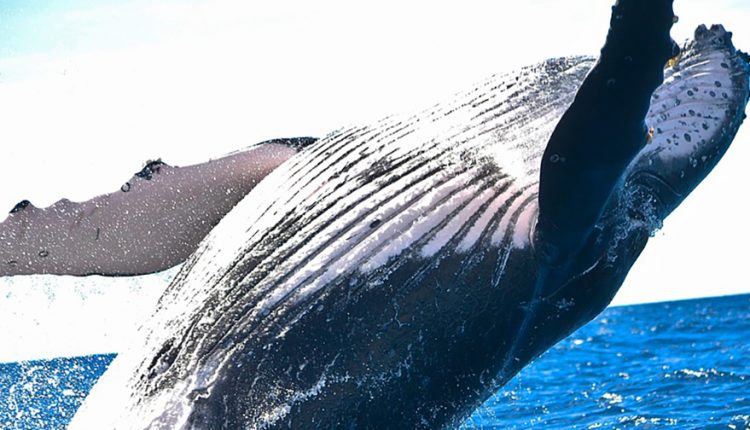 For years, the only way scientist had to monitor the health of wild whales, was to get as close as possible on a boat, hold out a pole, and hope that they managed to snag a sample as the whale shot spray out of it’s blowhole. However, thanks to advancements in technology, this cumbersome and invasive method is being replaced, as scientists successful deploy drones to gather samples.

The quad-copter drone catches the spray released by whales in a petri dish, with the remote pilot of the drone able to open the lid when the drone is in position over the whale. This method has been used to collect mucus from a humpback whale, and scientists have hope that using drones, they will be better equipped to monitor the health of the whales they collect samples from.

Despite looking like a simple – if impressive – puff of water from the back of a whale, the spray sent up by a whale actually contains DNA, proteins, lipids and types of bacteria, giving a spread of information for scientists to work from.

Vanessa Pirotta, Marine Researcher from Sydney’s Macquarie University, said: “This approach may ultimately enable a better understanding of the patterns and drivers of disease emergence in while populations. We can collect bacteria, in my case, to look at the types of bacteria living in whale lungs, for an assessment of whale health.”

During the 2017 northward whale migration, the team of scientists managed to collect samples from 19 humpback whales.

There is hope that through this new method, drones may be able to function as early-warning systems for potential changes in the health of the world’s whale population.