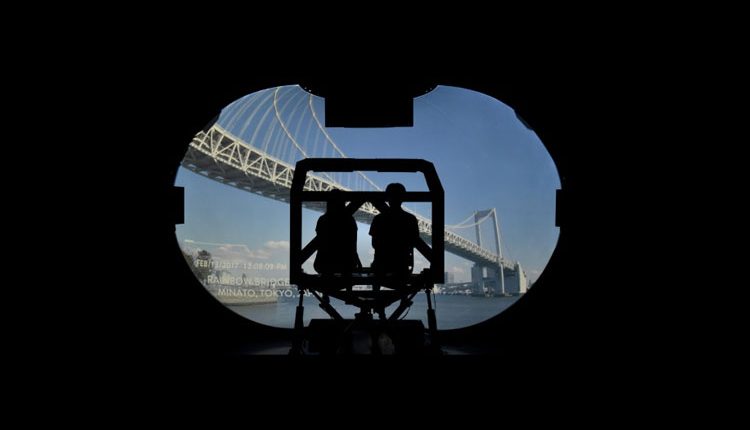 Engineers in Japan have developed a virtual reality ‘space ride’ in which viewers feel as if they are flying through the air inside a giant glass ball.

Unlike conventional VR systems, the ‘8K:VR Ride’—which resembles a cross between a theme park ride and a miniature IMAX theater—does not require users to wear any headgear.

Instead they are placed on two swiveling, elevated chairs just in front of a semi-spherical screen which entirely engulfs their field of vision.

“Unlike the conventional flat screen, you can see images coming closer to you physically in this dome screen,” said Makoto Nakahira, an engineer at Wonder Vision Techno Laboratory.

“This is a system in which you can experience visuals that you have never seen before.”

The experimental technology was unveiled to Japanese media for the first time on Tuesday before a scheduled showing at Japan’s Digital Content Expo 2017 in October.

Its name refers to the screen’s super-high definition 8K technology, which is 16 times more detailed than most current HD images.

The space ride was first showcased at SXSW 2017, a major conference on convergence in the interactive, film and music industries, in Austin, Texas in March.

Subsea Exploration Solutions For The Oil And Gas Industry