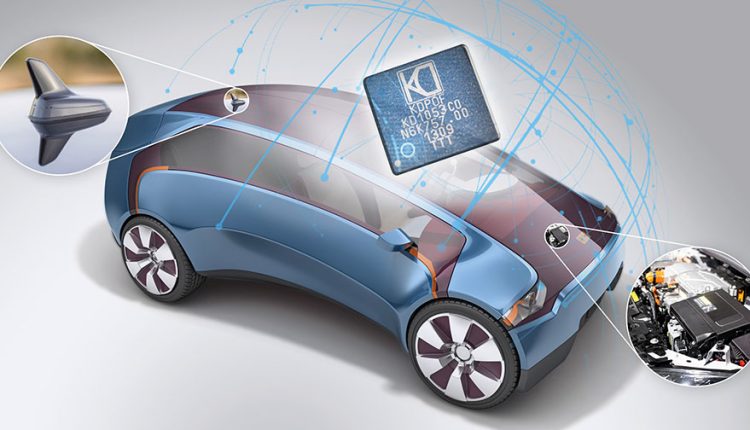 Pardo added: “New safety precautions are needed, since even a single malfunction between the 48V and the 12V electrical system will lead to a short circuit, which can damage the entire 12V system due to overvoltage.”

The chassis is a common ground potential for all 48V ECUs in the car. As the chassis has a non-zero impedance, a significant return current will be conducted through it, and a portion of this return current will find its way through a parallel path: the copper cables’ shielding. “An OEM has stated that the shield of Shielded Twisted Pair (STP) cables can conduct more than 8A of return current due to the 48V jump start effect,” added Pardo.

In addition, the need for a ubiquitous communications network within the vehicle, and particularly between ECUs belonging to different voltage domains, represents a source of potential hazards. Thus, it imposes the additional requirement of galvanic isolation between the communicating nodes. Any event that could cause the 48V to cross into the 12V, for example due to line transceivers that don’t provide sufficient galvanic isolation, might destroy the ECUs in the 12V domain.

With regulations driving car companies to reduce Greenhouse Gas (GHG) emissions further by 2021, a new hybrid architecture concept based on a twoVage power line (12-/48V) is already in the advanced marketing announcements of OEMs and Tier-1. As a further example of this new industry-wide technological trend towards 48V power supply and the handling of it, the German VDA published recommendation 320, which covers electric and electronic components in vehicles for the development of a 48V power supply. It defines requirements, test conditions and tests performed on electric, electronic and mechatronic components and systems for use in motor vehicles with a 48V on-board power supply.

Galvanic isolation is also necessary between the primary and secondary systems of both ac-dc and dc-dc converters due to the presence of hazardous high voltage (above 25 Vac or 60 Vdc). According to the FMVSS 305 and ECE-R standards, the isolation barrier between the battery and exposed conductive parts should maintain 500 Ω/V before and after a crash impact.

Pardo explained: “This is a tough requirement that is very hard to reach without a nearly perfect isolation that copper-based networks are unable to ensure.” Moreover, the BMS is a very noisy environment and communications are susceptible to disturbance by conducted and radiated RF emissions. Optical communications have been demonstrated to be the most robust regarding EMC.

Integrated Smart Antenna (ISA) Modules consist of several antennas for signal reception, an Antenna Hub, and an Ethernet connection to the consumers of the antenna signals such as a radio device. If each of the several antennas in a car is routed to its respective ECU with its own cable, the complexity soon becomes unacceptable. The Antenna Hub routes all signals from each antenna to an Ethernet network connected to all receptors of the signals. Gigabit Ethernet over POF is ideally suited for an Ethernet connection due to its natural EMC-free property.

Pardo continued: “In conventional systems, if the roof is not metallic, or has openings, an immense amount of energy is radiated by the coaxial cable that is coupled back into the ISA. This seriously degrades the ISA performance.” Replacing the coaxial cable with POF completely solves this issue.

Virtual touchscreen on every surface for smart homes