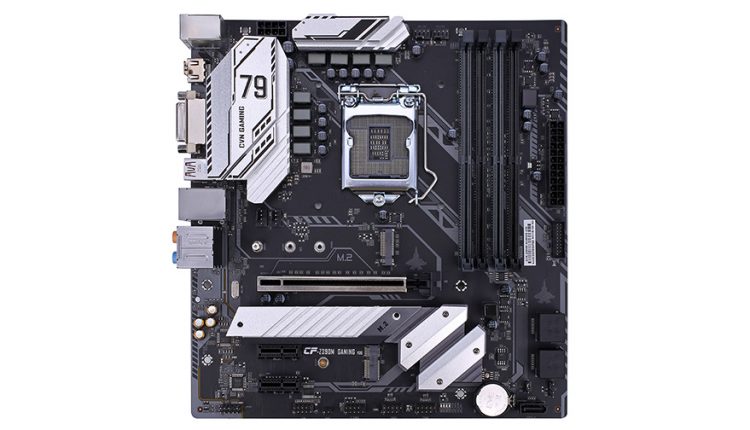 The new COLORFUL CVN Z390M GAMING V20 is aimed at enthusiasts, system builders, and gamers looking for a serious foundation for an mATX build. This motherboard allows mainstream to high-end builds without breaking the bank while still delivering a performance and features for a wide range of use.

The new COLORFUL CVN Z390M GAMING V20 will feature support for both 8th-gen and 9th-gen Intel processors in the LGA1151 package. This allows users to upgrade from Intel’s 8th-generation processor to the 9th-gen CPU that increases core count to give you a performance upgrade. The motherboard also supports DDR4 memory higher bandwidth so applications can run as fast as possible. The motherboard also supports overclocking on unlocked processors for increased performance.

The motherboard supports modern standard in storage expansion supporting a variety of interface and connectivity for your various storage needs. The CVN Z390M GAMING V20 supports the up to five SATAIII while expanding on those with M.2 that support both PCIe and Intel Optane memory for high-speed storage.

CVN Class comes from the Carrier Vessel Nuclear. These series of products strive to give customers a powerful platform where they can expect performance and well as quality. COLORFUL aims to meet the challenge of bearing the weight of the name.

The new streamline look of the COLORFUL CVN Z390M GAMING V20 also allows it to be a foundation for a gaming build while maintaining a serious, streamline look for serious builds. Featuring steel reinforced PCIE bracket, these give the motherboard a premium feel as well as refined look.

Watch This: World’s Largest Aircraft Takes Off On First Flight