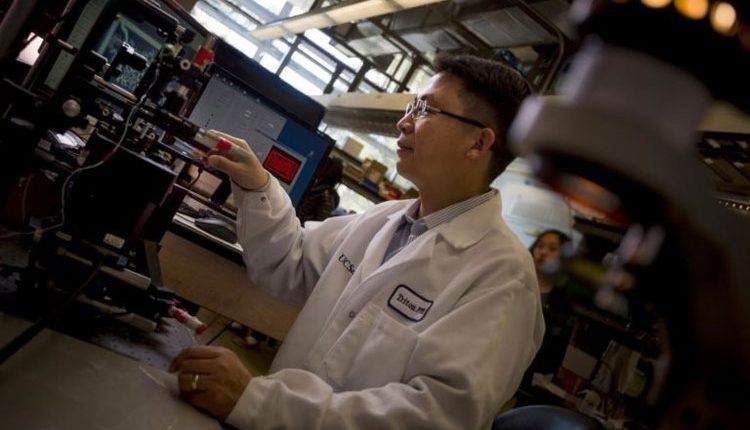 Grow your own artificial blood vessels

For at least a century, bioengineers have been experimenting with synthetic structures to replace hopelessly damaged or clogged blood vessels, but they have yet to come up with an approach that works as well as the real thing. Several recent studies, however, suggest that 3D-printed blood vessels incorporating living cells may help take vascular disease out of circulation for good.

Blood clots and fatty plaque residues on vessel walls can hinder or block blood flow and increase pressure in the vascular system. That deprives tissues and organs throughout the body of oxygen and nutrients their cells need to survive. Over time, a patient’s risk increases for cardiac emergencies like heart attack and stroke, as well as for chronic debilitating complications like leg pain, organ failure, tissue death, and gangrene.

Cardiologists promote lifestyle-based preventions, and not without some success – but for many patients facing imminent death or amputation, it’s too late for diet and exercise. More than 150 million of them a year undergo surgery or receive vascular implants to restore healthier blood flow to vital organs and extremities. But these treatments come with their own complications and risks. That’s why tissue engineers have spent decades exploring ways to create laboratory-made constructs endowed with similar physical properties and biological functionality of healthy blood vessels.

It all began during World War I with experiments by Nobel Prize-winning organ transplant pioneer Alexis Carrel. The French surgeon – later discredited for his pro-eugenics views – crafted replacement vessels of glass, aluminum, plastic, rubber and other materials. This led to the use of strong, biocompatible fabrics made of polymer fibers like Teflon and Dacron to splice sections of artery in place and to secure artificial heart valves and stents in place. Although they are used successfully in larger, less complicated vascular structures, these expensive and time-consuming approaches can’t yet produce vessels that fully integrate with the body’s own system.

The pace of progress appears to be picking up as 3D bioprinting technology matures. In recent studies, scientists and engineers have printed lifelike vascular tissues that transport blood more safely and effectively than before. These early successes show promise not only in treating the sickest of the sick but also as a major step toward the holy grail of 3D bioprinting: complete synthetic organs.

A team at Chinese biotech firm Sichuan Revotek (Chengdu, China) has developed a printing technique using autologous stem cells to produce artificial blood vessels that are ‘indistinguishable’ from the real thing, according to lead scientist James Kang. As demonstrated in rhesus monkeys, the technique used Revotek’s proprietary bio-ink, Biosynsphere, which is made up of stem cells derived from the animals’ fat tissue along with various nutrients and growth factors. The resulting material was grafted into 30 monkeys to replace 2cm lengths of abdominal artery.

Kang told CNN and other outlets that the stem cells had transformed into the appropriate vascular cells within a few days and, after a month, were functioning exactly like the original blood vessels. The method is a step forward, Kang said, because the bio-ink has the unique capability of developing collagen, which allows tissue to develop into different shapes. Using a patient’s own cells to produce the stem cell ink components could lead to lower-cost engineered tissues that not are not only compatible with the patient’s body but also become part of it.

Multiple cell types that resemble native vascular cell composition were encapsulated into hydrogels with precisely controlled properties. The ability to distribute desired properties within targeted regions of the structure increased the efficiency of production and allowed endothelial cells to spontaneously form into lumen-like structures in the laboratory. Once implanted into lab animals, the tissues not only survived but grew into a functioning endothelial network capable of transporting red blood cells.

They call the method microscale Continuous Optical Bioprinting (mCOB). It begins with an ultra-high-resolution 3D computer model of a vascular network. The computer model is digitally converted into 2D snapshots that together form a template for printing a precise copy of the network. These snapshots are transmitted to two million microscopic mirrors, which are exposed to UV light. When the light bounces off the mirrors, it casts the templated pattern’s reflection onto a solution containing living cells and a light-sensitive polymeric hydrogel. The UV light solidifies the hydrogel in a pattern matching the template, resulting in a multilayered scaffold structure containing living cells.

The team created a number of these structures in cell culture and grafted them in mice a day later. Within two weeks, the printed tissue had merged with the mice’s own blood vessels and was capable of transporting blood. It can’t yet, however, mimic natural vascular tissue’s vital nutrient delivery and waste removal functions.

As in Revotek’s recent study, this team is also exploring the use of a patient’s own stem cells to create individualized tissues that resist attack by the immune system. induced pluripotent stem cells Moving forward, Chen and his team are working on building patient-specific tissues using human induced pluripotent stem cells, which would prevent transplants from being attacked by a patient’s immune system.

“Almost all tissues and organs need blood vessels to survive and work properly. This is a big bottleneck in making organ transplants, which are in high demand but in short supply,” said Chen, who leads the Nanobiomaterials, Bioprinting, and Tissue Engineering Lab at UC San Diego. “3D bioprinting organs can help bridge this gap, and our lab has taken a big step toward that goal.”