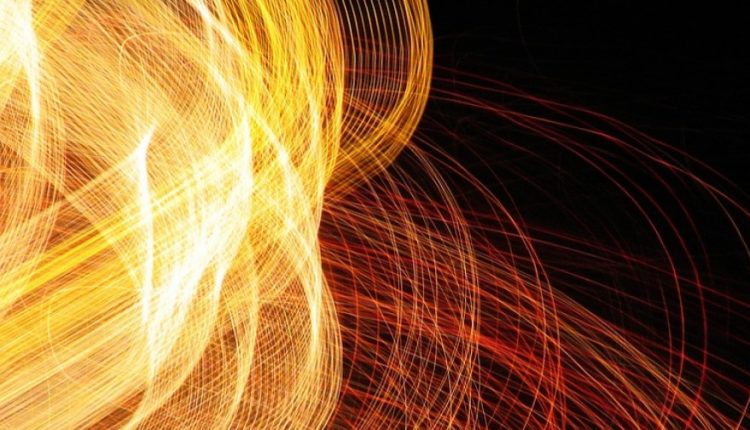 How Researchers Want to Fight Fires in Space

Fire in any kind of confined space or controlled atmosphere is even more terrifying than it is in the wild. Fires in space are particularly tough to tackle for two reasons: fire behaves differently in space and most of the fires that occur in space are electrical in origin.

While fires in space may be slower moving since hot air expands but doesn’t move upward without gravity, because they survive on less oxygen, they can be more difficult to extinguish and can burn for longer periods of time.

Researchers in the Department of Mechanical Engineering at Toyohashi University of Technology have developed a new Vacuum Extinguish Method (VEM) concept optimized for use in space and other confined environments, including submarines.

Rather than spraying extinguisher agents—water, CO2—onto the flames, VEM can suck flames, the combustion source, fumes, particulate matter, and toxic gases into a vacuum chamber. This provides several advantages: with limited volumes inside cabins, spraying CO2 increases its atmospheric concentration and oxygen masks need to be worn when using them. Spraying anything on a fire diffuses and spreads particulates and gases that could ultimately be trapped in air-recirculation systems.

VEM is basically a “reverse” fire-fighting operation based on suctioning combustible products and the flame (even the fire source), then collecting them in a vacuum chamber where they are isolated and ultimately extinguished either on their own or by extinguisher agents.

The researchers see applications for the VEM not only in future, longer-term space missions but also to fight fires that are difficult to manage with current extinguishers, such as metal powder fires. VEM could also be used in clean rooms and operating theaters, where spraying extinguisher agents might extinguish the fire but would necessitate days of mop up before the clean rooms could be considered clean again.