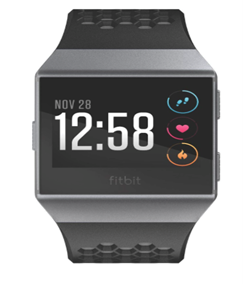 Fitbit just recalled its Ionic smartwatch. It seems the lithium-ion battery can overheat and cause a burn. Take it off and contact Fitbit to receive pre-paid packaging to return it. Upon receipt, Fitbit will issue a refund of $299 plus a discount code for 40% off select Fitbits. Approximately 1 million units were sold in the U.S. and 693,000 internationally.

The following models and colors are included in this recall. For the Ionic device, the model number (FB503) is on the back of the device near where the band attaches. Fitbit is printed on the front of the Ionic Smartwatch.

Can You Make a Computer from Liquid Crystals? Yep