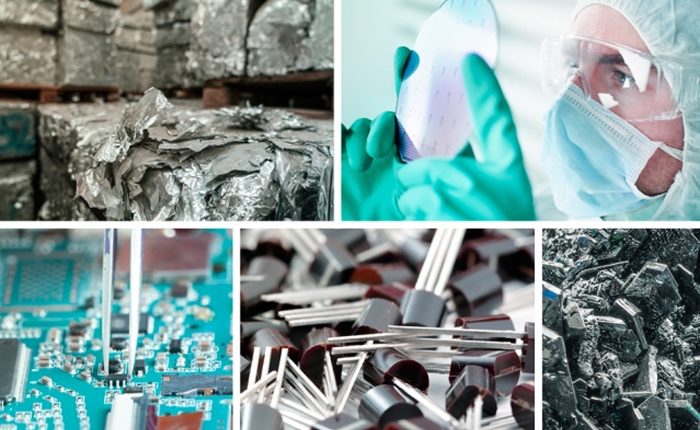 Is the world’s consumption of materials a losing battle?

While some scientists believe that the world can achieve significant dematerialization through improvements in technology, a new MIT-led study finds that technological advances alone will not bring about dematerialization and, ultimately, a sustainable world.

Are humans taking more resources from the Earth than the planet can safely produce? The answer lies partly in whether we can ‘dematerialize’, or reduce the amount of materials needed to produce goods and services.

The researchers found that no matter how much more efficient and compact a product is made, consumers will only demand more of that product and in the long run increase the total amount of materials used in making that product. 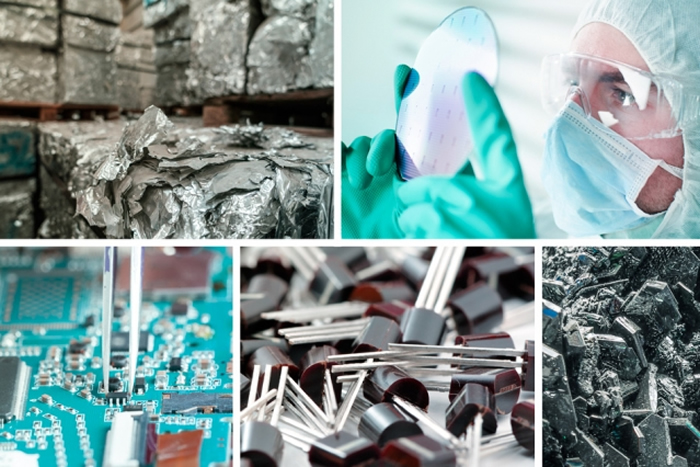 Take, for instance, one of the world’s fastest-improving technologies: silicon-based semiconductors. Over the last few decades, technological improvements in the efficiency of semiconductors have greatly reduced the amount of material needed to make a single transistor. As a result, today’s smartphones, tablets, and computers are far more powerful and compact than computers built in the 1970s.

Nonetheless, the researchers find that consumers’ demand for silicon has outpaced the rate of its technological change, and that the world’s consumption of silicon has grown by 345% over the last four decades. As others have found, by 2005, there were more transistors used than printed text characters.

“Despite how fast technology is racing, there’s actually more silicon used today, because we now just put more stuff on, like movies, and photos, and things we couldn’t even think of 20 years ago,” says Christopher Magee, a professor of the practice of engineering systems in MIT’s Institute for Data, Systems, and Society.

“So we’re still using a little more material all the time.”

The researchers found similar trends in 56 other materials, goods, and services, from basic resources such as aluminum and formaldehyde to hardware and energy technologies such as hard disk drives, transistors, wind energy, and photovoltaics. In all cases, they found no evidence of dematerialization, or an overall reduction in their use, despite technological improvements to their performance.

“There is a techno-optimist’s position that says technological change will fix the environment,” Magee observes. “This says, probably not.”

Magee and his co-author, Tessaleno Devezas, a professor at the University of Beira Interior, in Portugal, published their findings recently in the journal Technological Forecasting and Social Change.

Tracking a rebound
In their research, Magee and Devezas examined whether the world’s use of materials has been swayed by an effect known as Jevons’ Paradox. In 1865, the English economist William Stanley Jevons observed that as improvements to coal-fired steam engines reduced the price of coal, England’s consumption of coal actually increased.

Magee and Devezas looked to see whether Jevons’ Paradox, and consumer demand in general, has prevented dematerialization of today’s goods and services. They sought to identify a general relationship between dematerialization, technological change, and Jevons’s Paradox — also referred to as a rebound effect.

The team developed a simple model, or equation, to calculate whether dematerialization is taking place for a given product. The model considers a number of variables, including population and economic growth, a product’s yearly increase in technological performance, and demand elasticity — the degree to which demand for a product varies with its price.

Not surprisingly, the researchers’ model indicates that dematerialization is more likely when demand elasticity for a product is relatively low and the rate of its technological improvement is high. But when they applied the equation to common goods and services used today, they found that demand elasticity and technological change worked against each other — the better a product was made to perform, the more consumers wanted it.

“It seems we haven’t seen a saturation in demand,” Magee says. “People haven’t said, ‘That’s enough,’ at least in anything that we can get data to test for.”

A growing appetite
Magee and Devezas gathered data for 57 common goods and services, including widely used chemical components such as ammonia, formaldehyde, polyester fiber, and styrene, along with hardware and energy technologies such as transistors, laser diodes, crude oil, photovoltaics, and wind energy. They worked the data for each product into their equation, and, despite seeing technological improvements in almost all cases, they failed to find a single case in which dematerialization — an overall reduction in materials — was taking place.

In follow-up work, the researchers were eventually able to identify six cases in which an absolute decline in materials usage has occurred. However, these cases mostly include toxic chemicals such as asbestos and thallium, whose dematerialization was due not to technological advances, but to government intervention.

There was one other case in which researchers observed dematerialization: wool. The material’s usage has significantly fallen, due to innovations in synthetic alternatives, such as nylon and polyester fabrics. In this case, Magee argues that substitution, and not dematerialization, has occurred. In other words, wool has simply been replaced by another material to fill the same function.

So what will it take to reduce our materials consumption and achieve a sustainable world?

“What it’s going to take is much more difficult than just letting technological change do it,” Magee says. “Social and cultural change, people talking to each other, cooperating, might do it. That’s not the way we’re going right now, but that doesn’t mean we can’t do it.”

However, others are more hopeful that technology will bring about sustainability, albeit at significant cost.

“[Technology] will get us to a sustainable world — it has to,” says J. Doyne Farmer, a professor of mathematics at the University of Oxford who was not involved in the research. “I say this not only because we need it, but because there is only so much we can suck out of the Earth, and eventually we will be forced into a sustainable world, one way or another. The question is whether we can do that without great pain. Magee’s paper shows that we need to expect more pain than some of us thought.”

This research was funded in part by the SUTD/MIT International Design Center.

“Amazon the battlefield”: Resupplying soldiers with a giant drone