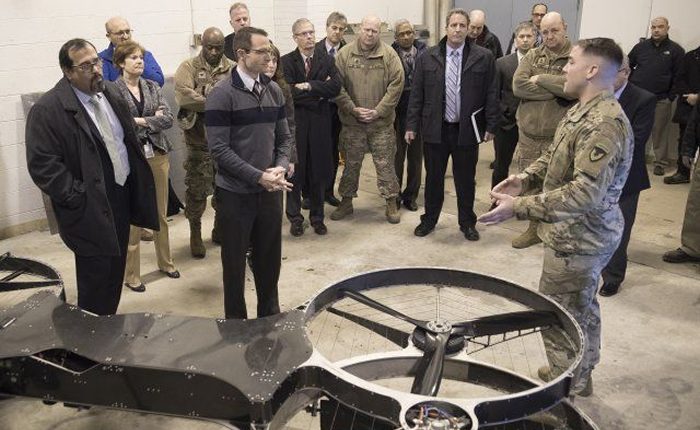 “Amazon the battlefield”: Resupplying soldiers with a giant drone

A giant drone called the Joint Tactical Aerial Resupply Vehicle, or JTARV, could be the backbone of battlefield resupply for the US military. Researchers at the Army Research Laboratory (ARL) compare it to “Amazon on the battlefield,” according to an ARL press release. With a single request, soldiers in need could have supplies delivered by drone wherever they are.

The most important part of any military is logistics: resupplying soldiers and equipment with ammunition, food, and fuel. For every front-line warfighter, there are many more supplying them. It’s called the tooth-to-tail ratio — the amount of trigger pullers versus logistics and supply personnel. During Operation Iraqi Freedom, for example, the US Army had a functional on-the-ground ratio of 1 combat to 2.5 support, while in WWI that number was closer to 2 combat versus 1 support. 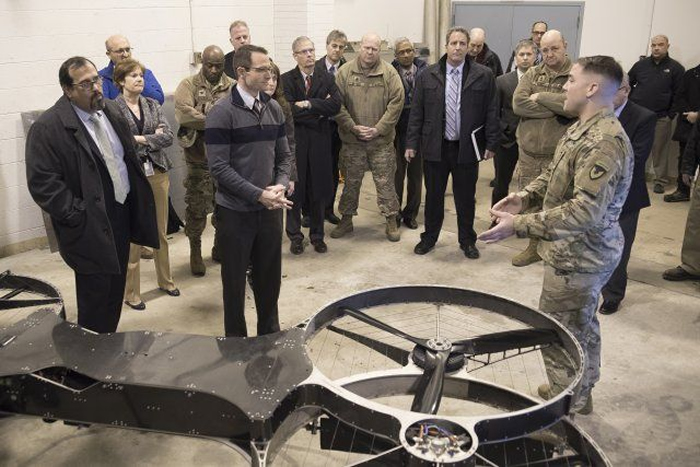 But transporting supplies is dangerous work, which is why researchers are working to reduce the amount of humans needed to do the job. Autonomous vehicles are being tested to convoy supplies across a battlefield, with self-driving minesweepers and giant trucks overseen by a small group of human supervisors bringing up the rear. It’s a huge force multiplier (allowing a few people to do the work of many) and potential lifesaver.

That’s why the military is working hard on the JTARV. The quadcopter — which is nicknamed the ‘hoverbike’, though it’s meant to be unmanned — has been in the works for more than two years as part of a joint effort between the Army and Marine Corps. The machine, which was originally created by UK-based Malloy Aeronautics (and even funded on Kickstarter), was demonstrated for Department of Defense officials last week. Malloy and ARL are working together under contract to develop the JTARV, and the Office of Naval Research is working on the project as well.

We’re “looking to integrate advanced intelligent navigation and mission planning,” said Tim Long, associate chief of the ARL’s Protection Division. “We’re looking to end up with a modular, stable platform that can be used for even more dynamic and challenging missions.”

A more advanced JTARV could eventually carry 800-pound payloads at speeds of 60 mph, with a range of up to 125 miles, and the ARL team hopes to demonstrate full autonomy with the JTARV soon. However, there’s no indication of when it might actually be used in combat.

Is the world’s consumption of materials a losing battle?