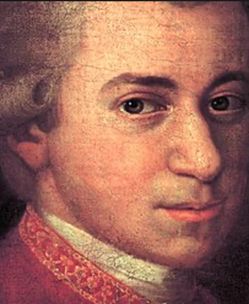 Is Your Brain Humming Mozart While You Sleep?

UCLA research shows a little night music prompts a big response from the brain, except in one key area. A unique study of brain activity in the cerebral cortex of epilepsy patients found there was a robust response to sound during sleep that mirrored the brain’s response during wakefulness. There’s one difference—the level of alpha-beta waves. The attenuation of these waves characterizes the awake state and indicates neural feedback from higher brain centers helping to understand sound and anticipate what may come next.

The neuronal orchestra is never silent when a person is deep asleep. Neurons are like musicians playing Mozart, each with great fidelity and volume—the conductor, however, is missing. The study was published online in the journal Nature Neuroscience.

The researchers had an up-close view into the activity of single brain cells in patients with severe epilepsy through electrodes implanted in their brains to identify where seizures were occurring for potential curative surgery. Doctors set patients up with bedside speakers that played words and music when the patients were awake and listening and when sound asleep. One of the musical pieces was Mozart’s “Eine Kleine Nachtmusik,” or “A Little Night Music.”

For more than seven years, the team collected data from over 700 neurons during wakefulness and different stages of sleep. Brain cells in the primary auditory cortex responded most vigorously during sleep. Still, there was a decline in the “top-down” neural feedback from higher brain regions that mediate attention and expectation.