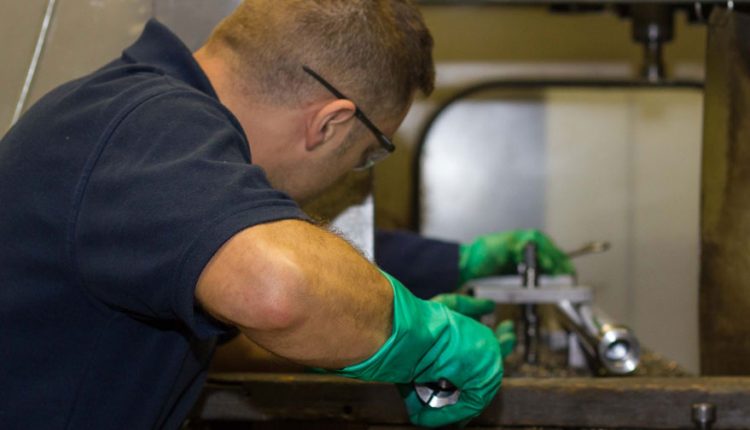 Does anyone really notice the ‘mind the gap’ warnings at train stations anymore? We become desensitized to something we hear and see so regularly, making warnings appear much less important or urgent than they are. We’re in danger of the same applying to the skills gap threatening the future of manufacturing. Here, Matt Fisher, production manager at steering system manufacturer Pailton Engineering, explained why businesses can’t afford to glaze over.

In May 2017, Cranford University completed a study on the nation’s skills shortage and produced a white paper entitled UK Manufacturing Skills Shortages, Leadership and Investment. The team at the university collated the findings of 198 reputable reports on manufacturing skills from government and organisations such as the Office for National Statistics (ONS) and the Department for Business, Energy and Industrial Strategy (BEIS), as well as 175 media reports on the topic.

The results showed that machine operative skills and production and process engineering skills were in the top ten current technical skills shortages affecting the industry. While a lack of robotics and artificial intelligence (AI) knowledge topped the list, perhaps predictably, the gap clearly extends to skills that manufactures have taken for granted in the past.

Some of the main contributing factors listed in Cranford University’s study are a lack of applicants with the right skills, the aging workforce in UK manufacturing and the perception that employees in the sector have low incomes. None of this is news to anyone in the sector; we’ve all been reading about these problems and taking part in discussions about how to address them for years.

However, given findings by the Local Government Association (LGA) that the skills gap could cost the nation an estimated £90bn per year and leave the workforce an average of £1,176 a year worse off, it’s time to act.

Chancellor Philip Hammond’s plans to support the improvement of technical skills development in his autumn 2017 budget were widely welcomed as a strong recommitment to upskilling the UK.

The initiatives he proposed included the delivery of three million apprenticeship starts by 2020 because of the apprenticeship levy as well as a £500m fund to drive initiatives to fortify the digital economy, with £30m being invested in long distance learning and increasing the understanding of AI.

In addition, the Chancellor announced the objective of tripling the number of trained computer science teachers to 12,000 and a plan to work with industry to create a National Centre for Computing.

These are projects that will have a positive impact on the number of young people with not only the skills but the interest to peruse more technical career paths that will inevitably fill the ranks of the engineering and manufacturing sectors. Something that will come as welcome relief to industry leaders such as Philippa Oldham, head of manufacturing and transport for the Institution of Mechanical Engineers (IMechE).

Speaking at a meeting of the Manufacturing, Engineering and Technology Alliance (METALL) in November 2017, Oldham predicted that manufacturing needed to find 182,000 new technicians and engineers every year until 2022 to meet demand.

To do this, she said, “We need to get more people excited about engineering, from apprentices through to PhD graduates, so that we are equipped as a sector to optimise the value of the fourth industrial revolution”.

This is, of course, vital for the future of manufacturing. But what about supporting the upskilling of people that are already excited about engineering? 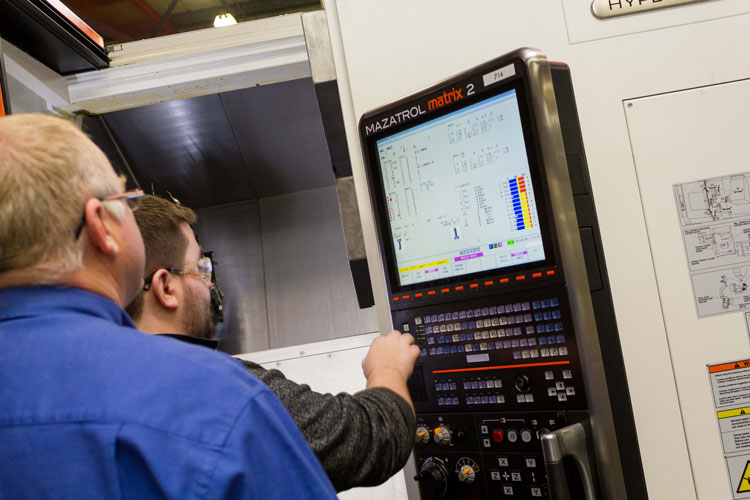 Be the change you want to see

2018 has started on a high for manufacturing, with the Office for National Statistics reporting that UK manufacturing is expanding at its fastest rate since early 2008. The sector recorded its seventh consecutive month of growth in November 2017, with renewable energy projects, airplanes, boats and cars for export taking the output to 3.9 per cent higher in the three months to November than the same period in 2016. The official figures also show that industrial output rose by 0.4 per cent in November.

With the industry riding on a high, and clearly demonstrating the ability to succeed with the current workforce, now is the time for manufacturers to take control and mitigate a future dip in output by investing in closing the skills gap.

As part of his budget, Chancellor Hammond outlined a landmark partnership between the Education Secretary, the Government, the CBI and the TUC to set out a strategic direction for a new National Retraining Scheme. The primary goal for this initiative is to support expansion in the construction sector, but it sets an interesting challenge to manufacturing.

Manufacturing businesses already have the three core things they need to succeed: industry insight, technical knowledge and people passionate about the industry. To stave off the negative impact of a skills shortage while the next generation works its way up the ranks, we must capitalize on the most valuable resource at our disposal — our people.

At Pailton Engineering, for example, we have invested in developing a program of continuous cross training to share highly technical skills. Historically, you would find that individuals would only specialise in the operation of one machine on the factory floor. The training program we have developed has been designed to share that individual’s knowledge with other members of the team. This not only allows us to operate more efficiently, with machines able to run across all three of our shifts, it supports the professional development of our team, increasing earning potential and staff satisfaction.

In addition, Pailton Engineering recognises the potential of its staff to advance their careers and improve the company’s knowledge and capability through higher education. So, the business supports staff interested in undertaking further education, even funding a range of qualifications, degrees and master’s degrees.

For example, our design and development engineer Emma Cygan is currently completing an Engineering BSc that the business is funding to help her work towards attaining a position as a senior design engineer.

This is hardly a new initiative for Pailton, however. Nick Jordan, our technical manager, started out as an apprentice on the shop floor in 2002. With Pailton’s support, Nick completed a mechanical engineering degree at Coventry University and now leads our product design team.

The research conducted by Cranfield University clearly demonstrates that it’s not just skills pertaining to new technology such as robotics and AI that have the potential to stop manufacturing capitalising on current industry growth. We cannot afford to rely solely on Government initiatives to maintain this momentum. Industry has to hold itself accountable and take measures to invest in the people it already has. This is the only way to ensure long term success.

The slippers that tidy themselves away