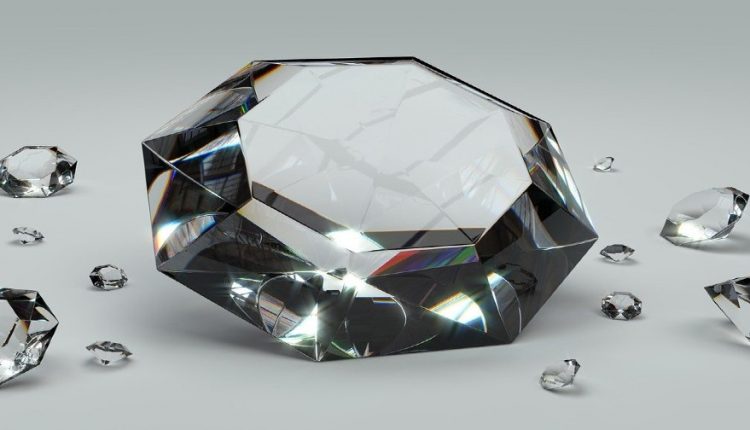 Nanoscale Diamonds Could Have Metal-Like Conductivity

Whether they were ever really a girl’s best friend, diamonds have been prized for centuries both for their industrial applications and jewelry.

Now, an international team of scientists led by Nanyang Technological University and MIT suggests diamonds could conduct electricity like metals when deformed to strains at the nanoscale.

Using computer simulations, the team, which also includes researchers from the Skolkovo Institute of Science and Technology, Russia, has shown as an early proof-of-concept that mechanical strain applied to nanoscale diamond needles could reversibly alter their geometry and hence their electrical properties, giving them a metal-like conductivity at room temperature and pressure.

The study,  published in the journal Proceedings of the National Academy of Sciences of the United States of America, could lead to future applications in power electronics used in a wide variety of machines from cars and electrical appliances to smart grids; highly efficient light emitting diodes (LEDs); optical devices; and quantum sensing, which enhances and improves what sensors can currently do.

This finding follows an experimental discovery by an NTU-Hong Kong-MIT team of scientists led by Professor Suresh, who reported in a 2018 paper published in Science that diamond nano-needles — each about a thousand times thinner than a strand of human hair — can be bent and stretched substantially, so that they snap back without being damaged when the strain is released.

Diamond’s exceptionally high hardness and stiffness, along with its many extreme physical properties, make it a desirable candidate material for a wide variety of applications. The new findings also pave the way for novel applications of diamond in the areas of quantum information, power electronics, and photonics, including the design of quantum sensors, highly efficient photo detectors and emitters, and applications in biomedical imaging.

Suresh said, “The ability to engineer and design electrical conductivity in diamond without changing its chemical composition and stability offers unprecedented flexibility to custom-design its functions. The methods demonstrated in this work could be applied to a broad range of other semiconductor materials of technological interest in mechanical, microelectronics, biomedical, energy and photonics applications, through strain engineering.”

From insulator to metal-like conductor

Materials that let an electric current pass through easily are known as electrical conductors, while materials such as diamond that do not are called electrical insulators.

Diamond in most forms is a good electrical insulator due to its ultra wide bandgap of 5.6 electron volts (eV). This means that a large amount of energy is needed to excite the electrons in the material before they can act as carriers in an electric current. The smaller the bandgap, the easier it is for a current to flow.

Using computer simulations that involved quantum mechanics, analyses of mechanical deformation, and machine learning, the scientists found that they can narrow this bandgap by elastically deforming the diamond nano-needle, by bending it as a diamond probe pushed it from the side.

They showed that as the amount of strain on the diamond nano-needle increased, its predicted bandgap narrowed — an indicator of greater electrical conductivity. The bandgap completely disappeared near the maximum amount of strain the needle could withstand before it would fracture. They further showed that such metallisation of diamond at the nanoscale could be achieved without triggering phonon instability or phase transformation from diamond to graphite, the soft material in pencils.

The researchers then used the simulation results to train machine learning algorithms to identify general conditions for achieving optimal electrical conductivity of nano-scale diamonds in various geometrical configurations. This scientific research, still at the early stage, shows opportunities for further development of potential devices with unprecedented properties and performance. Video is available here.

Co-author and MIT Professor Ju Li said: “We found that it’s possible to reduce the bandgap from 5.6 eV all the way to zero. The point of this is that if you can change continuously from 5.6 to zero eV, then you cover all the range of bandgaps. Through strain engineering, you can make diamond[s] have the bandgap of silicon, which is most widely used as a semiconductor, or gallium nitride, which is used for LEDs. You can even have it become an infrared detector or detect a whole range of light all the way from the infrared to the ultraviolet part of the spectrum.”