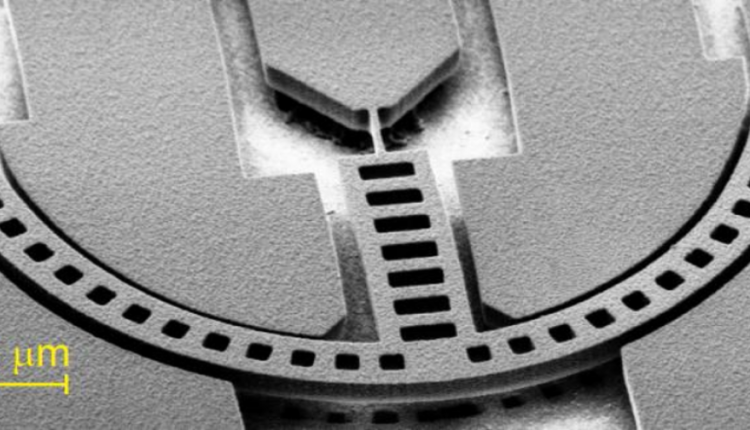 As the world moves away from fossil fuels with the adoption of electric cars and more-electric aircraft, developing electronics that are extremely energy efficient and can function even in harsh environments becomes more important. Recently, researchers at the University of Bristol have come up with a new type of nanoelectromechanical relay to enable reliable high-temperature, non-volatile memory.

The work was carried out in collaboration with the University of Southampton and the Royal Institute of Technology, Sweden.

The invention is an important development for all-electric vehicles and more-electric aircraft which require electronics with integrated data storage that can operate in extreme temperatures with high energy efficiency.

As transistor leakage current increases with temperature, nanoelectromechanical relays have emerged as a promising alternative to transistors for such applications. However, until now, a reliable and scalable non-volatile relay that retains its state when powered off, to implement memory, has not been demonstrated.

Dr. Dinesh Pamunuwa, who leads a group that carries out research in the field of Microelectronics at the University of Bristol and is the lead investigator, said, “Part of the challenge is the way electromechanical relays operate; when actuated, a beam anchored at one end moves under an electrostatic force. As the beam moves, the air gap between the actuation electrode and beam rapidly reduces while the capacitance increases. At a critical voltage called the pull-in voltage, the electrostatic force becomes much greater than the opposing spring force and the beam snaps in. This inherent electromechanical pull-in instability makes precise control of the moving beam, critical for non-volatile operation, very difficult.”

Now, though, Dr Pamunuwa and the team have demonstrated a rotational relay that maintains a constant air gap as the beam moves, eliminating this electromechanical pull-in instability.

Using this relay, they have succeeded in demonstrating the first high-temperature non-volatile nanoelectromechanical relay operation, at 200 °C.

Dr. Pamunuwa said, “This is a truly exciting development as the need to develop technology that reduces our dependency on fossil fuels increases. This relay operation is a significant step forward in developing electronics for all-electric vehicles and energy-efficient more-electric aircraft, as well as for creating zero-standby power intelligent nodes for the IoT.

“Electronics built from nano relays instead of transistors can work at much higher temperatures while also having zero standby power. Any digital electronic system needs logic and memory, and this relay makes it easier to build relay-based memory that retains the stored state when powered off, by using stiction. Maintaining a constant air gap as the relay switches allows very precise electrostatic control, and greatly improves reliability.”

Sight-Correcting System and Humans Teach Autonomous Vehicles How to Drive