UK retailer Topshop is no amateur when it comes to spotting branding and promotional possibilities that lie within Virtual Reality (VR). The store has previously used technology and experimented with a virtual catwalk back in 2014, to broadcast the AW London Fashion Week show, live to shoppers at its Oxford Street store.

This was enough for Topshop to want to try out VR again, and now the company is using Virtual Reality technology to promote their brand and a slide that runs through the store.

SPLASH! is an adrenaline-fueled VR journey, that turns your standard slide into a water ride experience. Developed with Fat Unicorn and Your Studio, the riders will travel through a 3D version of Oxford Street.

How does it work?

First, riders will hop into an inflatable of their choice, and put on the Oculus Rift headset. Then as they travel down the in-store slide, the VR headset will simultaneously transport the rider to a computer generated world, that takes them through the streets of London on a water slide.

Through the Oculus Rift, riders will experience the attention to detail that has gone into the design and construction of the headset. It features an 8GB+ RAM of memory, has a compatible HDMI 1.3 video output, and includes an Intel i5-4590 CPU.

“It’s exhilarating,” said Topshop’s Global Marketing and Communications Director, Sheena Sauvaire. “A lot of people haven’t experienced VR full stop, and the fact that they can say they first tried it, and were at the gateway of the new and the next, in Topshop in London would be fantastic.”

The experience doesn’t just stop at the end of the slide. There are designated areas in store for you to Snapchat and share your SPLASH! experience, through the exclusive Topshop lens. Because if you don’t Snapchat it, did it really happen?

Topshop’s Sauvaire said: “Topshop Oxford Street has one of the most prominent store fronts in the world and we are excited to offer our consumers the opportunity to be part of it with an exhilarating VR experience.

“As VR technology continues to advance our desire was to blend it with retail theatre to create an immersive and shareable experience for our consumers, as a fun way to celebrate the start of summer.”

Who needs a water park in the 21st Century when you have Virtual Reality? 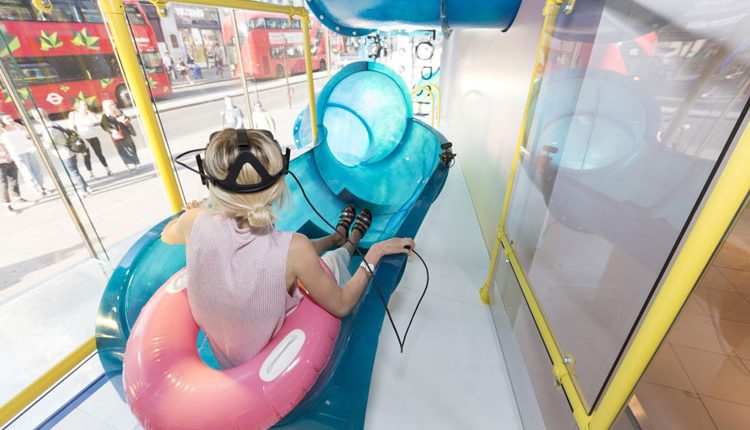 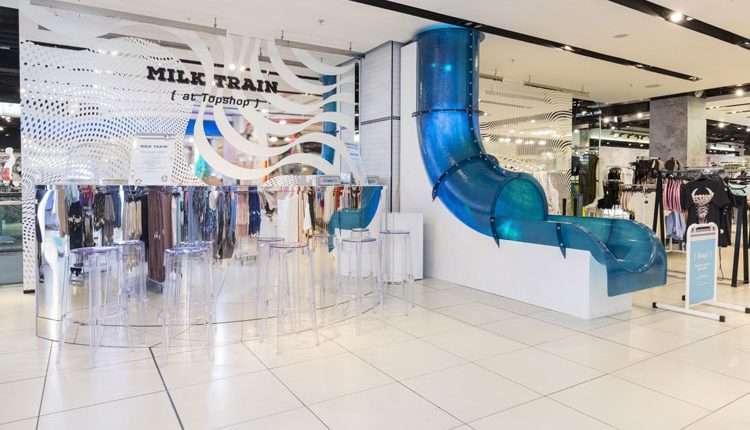 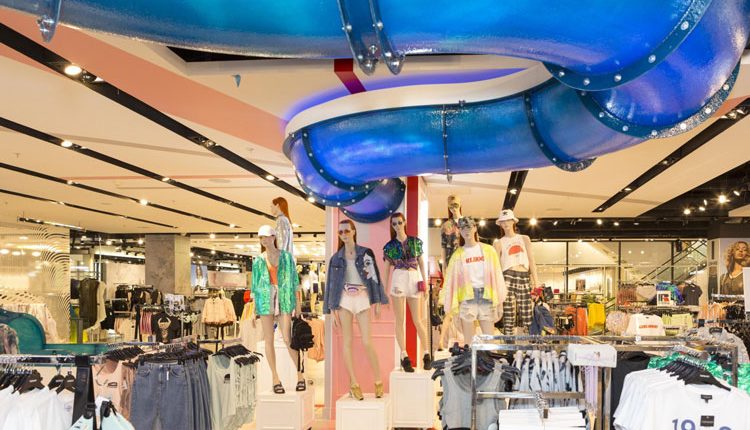