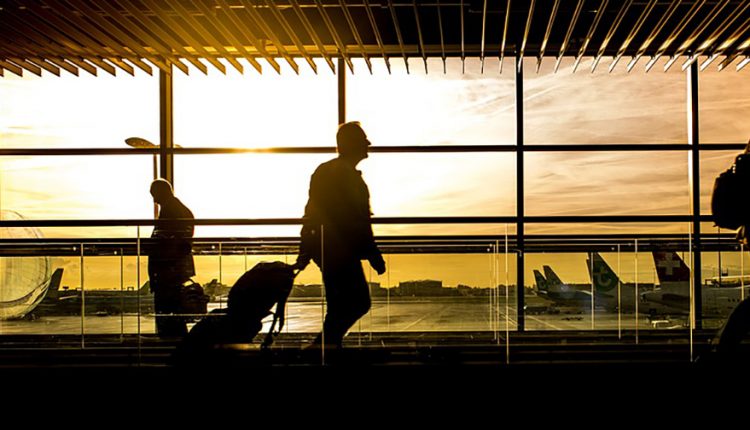 It has been announced by Fujitsu Korea (FKL) and Fujitsu that the Korea Airports Corporation (KAC) has deployed Fujitsu’s palm vein authentication system at all 14 domestic airports under its jurisdiction, to ameliorate congestion by identifying boarding passengers with biometric authentication.

After checking in, users who have registered their palm vein patterns in advance can confirm their identity instantly by just holding out a hand and ticket over the gate, and they will not have to show their citizen ID card, which was necessary to confirm the passenger’s identity in the past.

This will automate the process of visual identity confirmation with national ID cards, previously conducted by airport staff, thereby improving the accuracy of passenger identification and significantly shortening the time required for the process. Going forward, users will not have to constantly carry their citizen ID cards, and the system will slash waiting times and enable smoother processing at airports.

This system began operation on December 28th, 2018, and it has been used over 1 million times, with 160,000 individuals who have already registered their palm vein patterns. By supporting the services of KAC, the Fujitsu Group aims to further improve the convenience of airports.

The domestic airports under KAC’s jurisdiction (a total of 14 airports) are currently used by about 32 million people per year. Korean citizens, over the age of 14, traveling on domestic flights must have their identity checked before passing through boarding security, and this had previously been done on-site by showing a citizen ID card to security personnel. Because visually confirming a passenger’s identity takes time, this process could lead to congestion in the airports, and it had become an issue for KAC.

Users can register in advance at registration devices installed in airports, linking their palm vein pattern with their citizen ID number, name, and phone number. Then, after scanning a barcode on their ticket, users can confirm their identity by holding out their hand at the newly-installed identity confirmation gates before security checkpoints.

The system aims to provide greater security with a high individual identification rate The gates that identify individuals before security checkpoints have now been equipped with palm vein authentication from the Fujitsu Group, which has a global track record of use in applications such as bank ATMs and access management of corporate PCs. Authentication using palm veins is secure as it identifies individuals with biometric data, and the process is both highly accurate and sanitary, due to its contactless operation.

Improved convenience with smooth personal identification Individual identification can be conducted instantly through the simple action of just holding out one’s hand over the gate. This will enhance the experience of passengers, as they can board even if they forget their citizen ID card.

Amelioration of congestion within airports by reducing the time required for individual identification By automating the process where security personnel visually confirm passenger identities, congestion can be significantly ameliorated.

The Fujitsu Group is in discussions with KAC regarding self-service check-in systems and self-boarding gates using palm vein authentication, in order to further improve airport services.