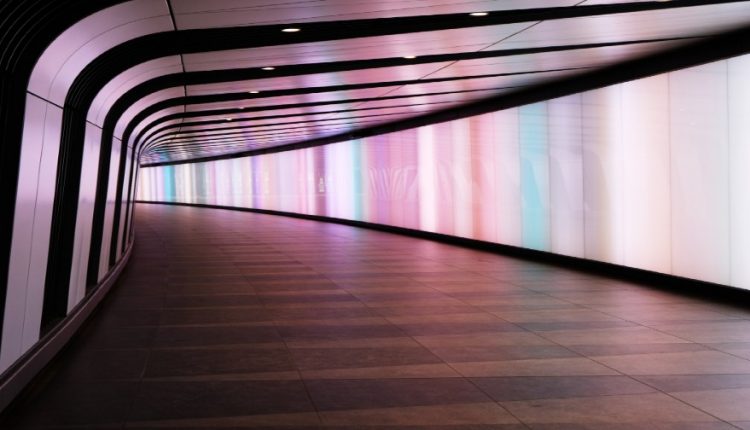 In his 1969 novel The Age of the Pussyfoot,  American sci-fi author Frederck Pohl wrote about a world where everyone could access knowledge and communicate with others through a small handheld device similar to a smartphone.

New research in the Journal of Consumer Culture, by Lancaster University Management School’s Dr. Mike Ryder, highlights many parallels between the futures created by sci-fi pioneer Frederik Pohl in the 1950s and the modern world.

These include patterns of hyper-consumption, ecological disaster, and products where producer and consumer are blurred — the prosumer — so consumers also play a part in a product’s creation, as with social media and augmented reality games.

Dr. Ryder’s research highlights the worlds imagined in Pohl’s works, where advertising firms are in charge, exploiting customers for profit and priding themselves on their ability to shape human desire, where social status and consumption are intrinsically entwined, and where characters become hyper-consumers, threatening the stability of the local area. An overarching theme is a concern that the boundaries between humans and machine are blurring.

“Pohl’s work highlights the ability of science fiction to provide a better understanding of possible futures and the lasting impacts of modern and emerging technologies, allowing people to see what the world may become in a way easily understood by a mass audience,” says Dr. Ryder.

“Science fiction is an important tool for testing ‘what-if’ scenarios, speculating on what the future might bring. Frederik Pohl’s worlds of hyper-consumption, robot workers and ecological disaster are even more relevant today than they were in the 1950s.

“Pohl envisages worlds with robot prosumers, hyper-consumption and ecological disaster, all of which are particularly relevant today given the social and political climate and the rise of ‘surveillance capitalism.’

“Science fiction is a vital resource for the imagining of possible futures and the lasting impacts of consumption, allowing us to see what the world may become. Social theorists and policy-makers need to take science fiction far more seriously to help prepare for the world of tomorrow. The challenges that arise from new technologies should be considered before they happen.”

Pohl’s prediction that consumption might one day become a social institution has been borne out with the rise of social media, creating and sustaining a never-ending cycle of robotic prosumption, where users gain social status by sharing their latest purchases alongside holidays and other symbols of ‘success.’

“Social media users are perhaps the best example of modern-day robotic prosumption, mindlessly producing and consuming content, while social media firms sell their data and target them with ads that feed back into the cycle. Users struggle to break free through a ‘fear of missing out’,” added Dr. Ryder.

In The Space Merchants (1952, with CM Kornbluth), protagonist Mitchell Courtenay is forced to spend his low wages on goods to help make his work bearable, which creates an ongoing cycle of debt. His behaviour becomes more like that of a machine, a producing-consuming robotic prosumer, unaware he is trapped in a cycle.

This pre-empted the real-world criticism of Vance Packard, who depicted a dystopia where marketers use psychological techniques to influence behaviour to the point consumers do not realize they are being influenced. The similarities of fiction and fact were such that the two worlds blurred together.

“Pohl’s works blur the boundaries between human and machine, and questions the roles of both in production and consumption,” said Dr Ryder. “Humans become more and more like machines, such that consumption itself becomes a mechanical process, creating a dystopian world where the only freedom is the freedom not to consume, one limited to the very rich.”

Pohl’s work highlights the ever-increasing robotization of consumers, such that ad agencies and marketers effectively program and manipulate their behaviour, while he predicts workers who produce the very content they consume, much like with many modern companies.

Airbnb acts as a broker for users who are both the producers and consumers of goods, paying to rent rooms, while making money through renting out their own; Uber drivers and passengers able to rate each other, making the consumers a sort of product; and augmented reality video games, such as Ingress and Pokémon GO, see players become part of the product, appearing in each other’s games and competing for the same objectives. Players are not paid as employees, but rather provide a form of free labor and conform to expected patterns of behaviour.

Dr. Ryder said: “This raises the question of whether players are dehumanized while using these apps as even the act of consumption becomes a robotic act and their behaviour while playing is standardized.

“The choice offered by standardized models of consumption is really no choice at all — it is prescription packaged as choice.”