Currently, neural implants are placed in the brain to assist with some of the symptoms that come along with Parkinson’s disease or event to grant movement to those with prosthetic limbs.

Despite their positive impact on patients, these implants need to be connected by wires to an external device outside the body. So,f or a prosthetic patient for instance, the neural implant is connected to a computer that decodes the brain signals so the artificial limb can move.

These wires are not only clumsy and sometimes unmanageable, but the permanent openings that serve as the connecting point for the wires into the brain increase risk of infections.

Now, researchers from Nanyang Technological University, Singapore (NTU Singapore) have developed a smart chip that can be paired with neural implants and produce efficient wireless transmission of brain signals. The new chip, measuring 5 mm x 5 mm, would eliminate those wires while still allowing the transmission of brain data with high accuracy. 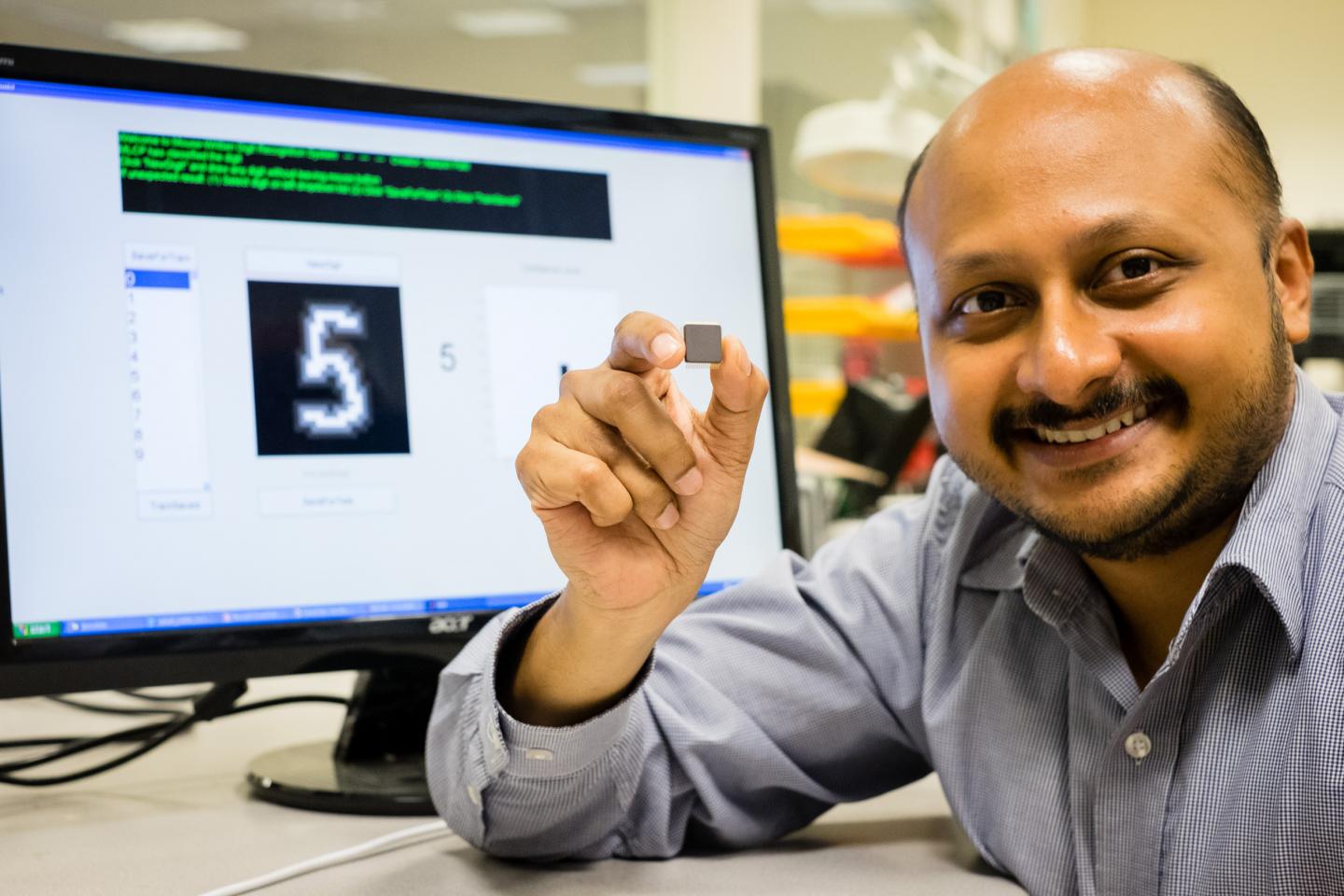 According to Assistant Professor Arindam Basu from NTU’s School of Electrical and Electronic Engineering, the research team has tested the chip on data from animal models and it proved that it could decode the brain’s signal to the hand and fingers with 95% accuracy.

“What we have developed is a very versatile smart chip that can process data, analyse patterns and spot the difference,” said Basu. “It is about a hundred times more efficient than current processing chips on the market. It will lead to more compact medical wearable devices, such as portable ECG monitoring devices and neural implants, since we no longer need large batteries to power them.”

To develop the chip, Basu and the NTU team worked on reducing the amount of data that needed to be transmitted, rather than trying to make the power source bigger to support the data.

Implants typically require thousands of channels of raw data and to wirelessly transmit large amounts of data, more power would usually be required. This would result in either larger batteries or more frequent charging, which is not feasible when dealing with brain implants.

Instead, NTU’s patented smart chip analyzes and decodes the thousands of signals from the neural implants in the brain before compressing the results and sending it wirelessly to a small external receiver.

The chip was also designed to analyze data patterns and spot unusual patterns. This is similar to programming a video camera to spot an intruder in your home.

For example, in a remote video camera, the chip can be programmed to send a video back to the servers only when a specific type of car or something out of the ordinary is detected, such as an intruder.

Basu is now working with Singapore Technologies Electronics Limited to integrate the chip into battery-operated remote sensors, like video cameras. He will also look to expand the applications for the chip, which has the potential to be used in smart home products.