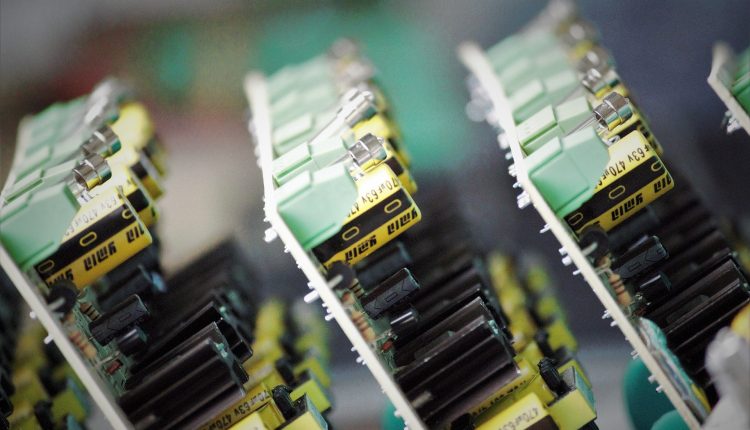 IC Insights’ April Update to the 2021 McClean Report ranked the leading analog IC suppliers for 2020. Collectively, these 10 companies accounted for $35.4 billion in analog IC sales and represented 62% of the total $57.0 billion analog market last year, the same share they held in 2019.

About half of TI’s analog devices were manufactured on 300mm wafers in 2020.  The company has stated previously that fabricating analog ICs on 300mm wafers reduced the cost of unpackaged parts (at the die level) by 40% compared to production using 200mm wafers.  Fully packaged and tested ICs made on 300mm wafers cost about 20% less than those fabricated in 200mm fabs, according to TI.

With such significant cost savings, TI announced plans to build a 300mm fab in Richardson, Texas, to support future analog growth.  The new fab will be located next to its existing 300mm RFAB plant. TI executives last year hinted the fab would likely begin production by 2022.

Second-place Analog Device, Inc. (ADI) saw its 2020 analog IC sales decrease 1% to $5.1 billion, which represented 9% marketshare.  ADI says its analog devices, including many of those it obtained through its 2017 acquisition of Linear Technology, address opportunities “from sensor-to-cloud, DC to 100 gigahertz and beyond, and nanowatts to kilowatts.”  ADI claims more than 125,000 customers worldwide.  Its 2020 sales by end-use application were industrial (53%), communication (21%), automotive (14%), and consumer (11%).

Skyworks noted that its exceptional growth in 2020 was driven primarily by an increase in overall demand for wireless connectivity products coupled with the onset of technology upgrade cycles including for 5G and Wi-Fi 6 solutions. Additionally, its average content per device for these next-generation solutions increased.  The company said its devices were part of the 5G-smartphone launches at Samsung, Oppo, Vivo, Xiaomi and other Tier-1 players.

Each of Europe’s three major IC suppliers—Infineon, ST, and NXP—was ranked as a top-10 analog supplier in 2020.  Collectively, they accounted for 17% of global marketshare, one point less than in 2019.  Infineon was the highest ranked European analog supplier with sales up 2% to $3.8 billion. Infineon continues to grow its presence in automotive (41% of 2020 sales) and power/sensor systems (31% of 2020 sales) applications.  Industrial power control (16%) and connected security (11%) round out its other major end-use applications.

ST was ranked at number five with analog sales that slipped 1% to $3.3 billion (6% marketshare) and NXP was ranked number six with sales of $2.5 billion (4% marketshare).  ST’s analog focus is on motion control (motor driver ICs and high-voltage driver ICs), automation (intelligent power switches), and energy management (powerline communication ICs) applications.  A key growth area for NXP is automotive, where its analog sales are essential components in emerging systems such as LiDAR, vehicle networks, and 5G.

It should be noted that IC Insights’ ranking of top analog sales is based on the definition established by WSTS, that reads, ‘Devices are classified as analog if at least 50% of the total die area of the integrated circuits(s) in the device is occupied by analog circuitry’.  Some analog companies embed less than 50% analog circuitry onto their various logic chips, for example. IC Insights classifies these devices as application-specific logic or another type of component, based on WSTS definitions.

Robot Shuttles Are Not Robotaxis