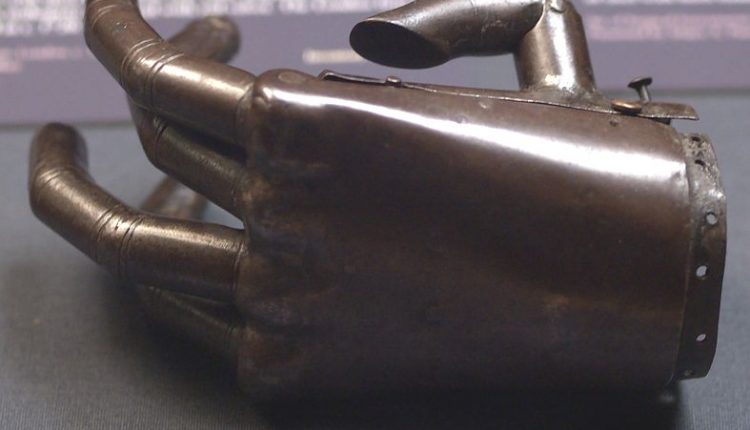 Engineers and medical professionals have made great strides with prostheses. One major advancement has come from brain implants that allow patients control over their prosthetic by using their thoughts.

Now,  physicians and biomedical engineers from Johns Hopkins have revealed what they are calling the first  successful effort to wiggle fingers individually and independently of each other using a mind-controlled artificial “arm” to control the movement.

The team’s proof-of-concept arm paves the way for even further advancements that can restore refined hand function to those who have lost arms to injury or disease.

The engineers tested the arm on a man who was not missing an arm, but placed the device on him to test the brain-mapping procedure.

“We believe this is the first time a person using a mind-controlled prosthesis has immediately performed individual digit movements without extensive training,” said Nathan Crone, M.D., professor of neurology at the Johns Hopkins University School of Medicine. “This technology goes beyond available prostheses, in which the artificial digits, or fingers, moved as a single unit to make a grabbing motion, like one used to grip a tennis ball.”

For the purpose of testing, brain recordings were made with electrodes that were surgically implanted for other non-related clinical reasons. The signals were also able to control a modular prosthetic limb that the Johns Hopkins teams developed.

Before undergoing the test, the subject’s brain was mapped and tracked with an array of 128 electrode sensors to determine which parts were responsible for moving each finger. The researchers then programmed the prosthesis to move each corresponding finger.

The team also needed to monitor electrical brain activity involved in tactile sensation, which it did using a glove equipped with vibrating buzzers in each fingertip. The researchers measured the resulting electrical activity in the brain for each finger connection.

Once the subject was set up and the mapping was done, the researchers asked the subject to “think” about moving each finger individually. The electrical activity that was generated in the brain actually moved each of the fingers.

“The electrodes used to measure brain activity in this study gave us better resolution of a large region of cortex than anything we’ve used before and allowed for more precise spatial mapping in the brain,” said Guy Hotson, graduate student and lead author of the study. “This precision is what allowed us to separate the control of individual fingers.”

At first, the mind-controlled limb performed with 76% accuracy, but once the researchers coupled the ring and pinkie fingers together, the accuracy increased to 88%.

“The part of the brain that controls the pinkie and ring fingers overlaps, and most people move the two fingers together,” said Crone. “It makes sense that coupling these two fingers improved the accuracy.”

While applying this new milestone to prostheses will still take years and cost a significant amount of money, with over 100,000 amputees living in the United States, alone, researchers will continue to research this kind of extensive mapping and programming since it could benefit many.