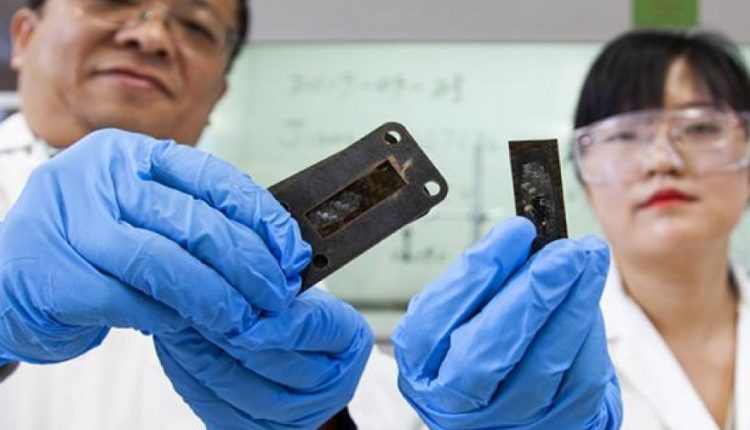 This New Thin Heat Shield Will Allow for Super-fast Aircraft

When it comes to the aerospace industry, engineers are increasingly reliant on carbon fiber reinforced polymer composites to build the structures of satellites, rockets and jet aircraft.

But the life of those materials is limited by how they handle heat.

That’s why a team of FAMU-FSU College of Engineering researchers from Florida State University’s High-Performance Materials Institute took on its current project: to develop a design for a heat shield that better protects those extremely fast machines.

“Right now, our flight systems are becoming more and more high-speed, even going into hypersonic systems, which are five times the speed of sound,” said Professor Richard Liang, director of HPMI. “When you have speeds that high, there’s more heat on a surface. Therefore, we need a much better thermal protection system.”

The team used carbon nanotubes, which are linked hexagons of carbon atoms in the shape of a cylinder, to build the heat shields. Sheets of those nanotubes are also known as “buckypaper,” a material with incredible abilities to conduct heat and electricity that has been a focus of study at HPMI. By soaking the buckypaper in a resin made of a compound called phenol, the researchers were able to create a lightweight, flexible material that is also durable enough to potentially protect the body of a rocket or jet from the intense heat it faces while flying.

Existing heat shields are often very thick compared to the base they protect, but this design lets engineers build a very thin shield, similar to skin that protects the aircraft and helps support its structure.

After building heat shields of varying thicknesses, the researchers put them to the test.

They found the samples with sheets of buckypaper were better than control samples at dispersing heat and keeping it from reaching the base layer. They also stayed strong and flexible compared to control samples made without protective layers of nanotubes.

That flexibility is a helpful quality. The nanotubes are less vulnerable to cracking at high temperatures compared to ceramics, a typical heat shield material. They’re also lightweight, which is helpful for engineers who want to reduce the weight of anything on an aircraft that doesn’t help the way it flies.

The project received second place among peer-reviewed posters at the 2019 National Space and Missile Materials Symposium and received third place at the Society for the Advancement of Material and Process Engineering 2019 University Research Symposium.

That recognition is helpful for showing the United States Air Force Office of Scientific Research, which partially supported the work, the promise of further research.