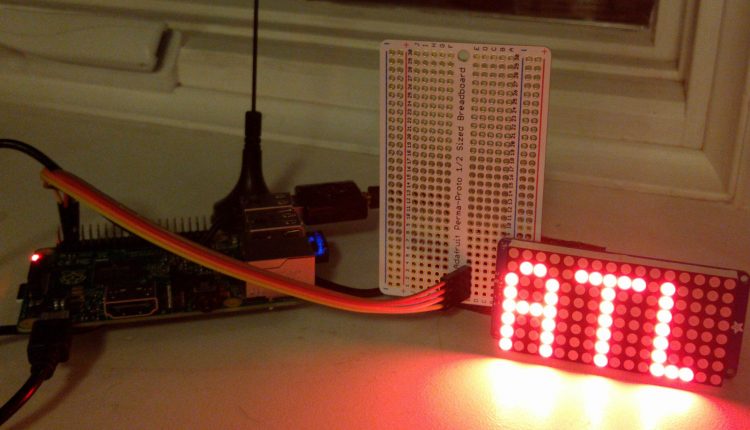 New York Times journalist and developer, Jeremy Merrill, lives under New York’s LaGuardia Airport and was inspired to learn more about the planes flying overhead when he created this Raspberry Pi gadget.

In an effort to determine where the planes he hears so frequently are coming from, he used a Raspberry Pi, a Software-Defined Radio antenna, a 16 x 8 LED display, and some software and databases, so when a plane is flying above, its departure airport displays on the screen. Merrill runs his device on open-source software which he calls Flyover.

According to Merrill, passenger planes collect “one terabyte of data about themselves” each flight and from that information, airlines broadcast a portion of it over the air using radio systems called ADS-B and Mode S. Merrill says that every few seconds, a planes location, altitude, registration number, and even flight number is announced.

Knowing that, he used Dump1090, a program that listens to those broadcasts. to pick up information on planes in his line-of-vision.

After using a set of parameters to narrow down his plane searches, he used a Virtual Radar Server to compile a database of plane’s routes.

Once he established the code, he figured out a way to write it onto an I2C board, which he suggests is no easy task, but after using some Adafruit tutorials, he finally set it up and now his program is all set up.

“Once the display library is set up, I tell it the airport code (e.g. MCO) and it handles everything else. I can even pick the font and could make the text scroll,” Merrill wrote on his project website.

For those interested in getting their hands dirty and giving this project a try, Merrill offers a full set of instructions here.

Automated transportation pods will hit streets of England this summer