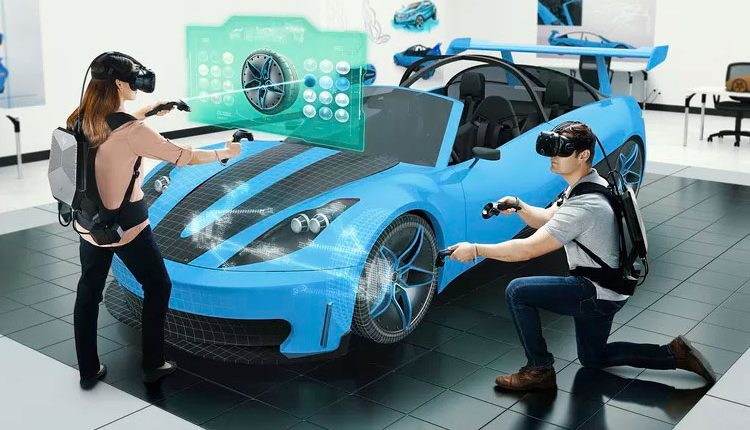 The Z Virtual Reality Backpack from HP isn’t meant for gamers. It is being marketed as a workstation PC for all kinds of businesses — theme parks, automotive showrooms, real estate agencies, and anything else that might have a use for virtual reality.

It’s designed to give them high-end performance so that, when customers are shown virtual reality demos of a car or a house they might be interested in, they don’t get distracted by bad graphics and stuttering frame rates.

That means the Z VR Backpack is even more powerful than HP’s gaming backpack, the Omen X Compact Desktop. While both use Intel’s Core i7 processors (both Kaby Lake), the Z VR Backpack has an Nvidia Quadro P5200 GPU, instead of the GTX 1080 in the Omen. HP said the Quadro card it’s offering includes twice the frame buffer of the 1080. The backpack will also be configurable with up to 32GB of RAM.

The Z VR Backpack looks pretty much the same as the Omen, except that it’s solid black — ditching the red highlights and goofy logo that makes the other look gamery. Naturally, it’ll be expensive: the starting price is $3,299. It’ll also ship with a dock that lets the backpack turn into something vaguely resembling a desktop PC. It’s supposed to begin shipping in September.

Though VR has largely focused on gaming so far, HP is betting that businesses are a bigger opportunity. In addition to virtual show rooms and entertainment uses, it’s also expecting companies to put these backpacks to use for employee training. The company envisions it being useful for everything from truck drivers to astronauts to seemingly even some military applications as well.

To help convince businesses of virtual reality’s use, HP is going to open 13 VR ‘immersion centers’ where people can go to experience the hardware and the different ways it can be put to use. All 13 are supposed to be up and running by the end of September, with five launching in Europe, four in the Americas, and four in the Asia-Pacific region.

DENSO Is Deploying The Visconti 4 Processor