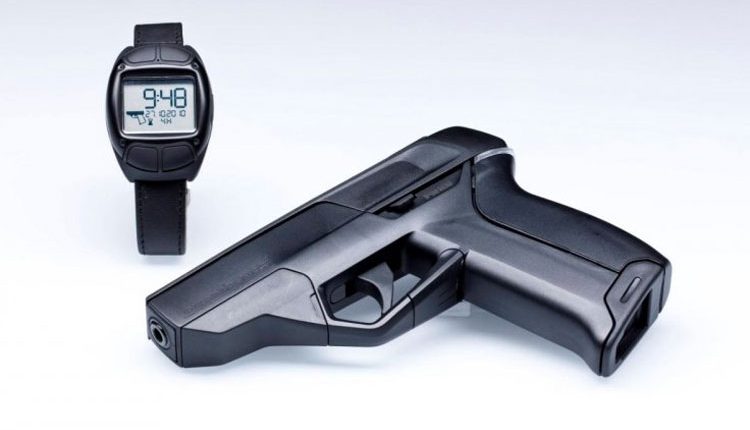 A smart gun has been hacked with an easy and cheap DIY device, exposing a huge flaw with the weapon. It was intended to help curb gun crime by only allowing owners who are wearing an accompanying smartwatch to fire it.

The rise of smart guns has been generating a huge amount of interest with several different versions being released – including some that will only shoot if it recognizes the fingerprint of the owner.

This model, the Armatix IP1, is supposed to work only when in close proximity to the owner’s watch, however a hacker has been able to exploit an number of disturbing flaws that can override this feature, as well as being able to jam the gun at will.

At the Defcon hacker conference a hacker known as Plore demonstrated to Wired at a shooting range what he could do to the supposedly secure IP1 with just a $20 piece of radio equipment and some cheap magnets.

In the article it explained how Plore spent six-months looking at ways to exploit the system and found three ways to crack the handgun. With the Armatix IP1 connecting to the watch via a short-range radio each time the trigger is squeezed he bought a $20 radio transmitter device and placed it near the gun thus acting as a relay that could extend the range by up to 12ft, meaning somebody else could be wearing the watch, which defeats its fundamental security feature.

Shockingly, the Armatix IP1 also contained another easy-to-find flaw that bypassed its safety mechanism. By taking apart the watch, Plore was able to find the exact component that gave the green light for the gun to fire. A small electromagnet system that unlocked the gun’s firing pin was easily replicated using only a handful of widely available $15 magnets placed against the gun.

“I almost didn’t believe it had actually worked. I had to fire it again,” Plore told Wired. “And that’s how I found out for $15 of materials you can defeat the security of this $1,500 smart gun.”

The hacker’s probing didn’t stop there. Using a similarly cheap transmitter as mentioned previously, Plore was able to emit radio waves at the same frequency as the gun and watch, which completely jammed the device, meaning Armatix IP1 owners could be disarmed.

“If you buy one of these weapons thinking it’ll be safer, it should be,” Plore said. “In this case, it was so easily defeated, in so many ways.”

Armatix responded to the claims by stating that, while acknowledging the hacks, they wouldn’t be easy to pull off and people wouldn’t be carrying magnets around with them “in the heat of the moment”. However, the spokesperson failed to realize the implications of these hacks if the gun was stolen – anyone could use it.

Of course, Plore didn’t do all this to wreak havoc and scare owners. The hack was intended to highlight that smart guns claiming to be safer than regular guns need to follow through with their promise. The hacks could serve to help manufacturers of future smart guns to create stronger and smarter security mechanisms.

The First US Total Solar Eclipse In Almost 100 Years