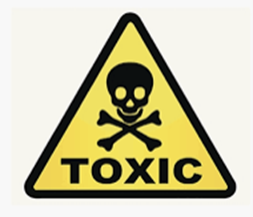 Are 3D Printers Toxic for Humans?

As 3-D printing increasingly makes its way into homes, libraries, and schools, risk researchers are questioning the health and safety implications they may pose, especially to children. The concern is that the particles released during the printing process are small enough to infiltrate deep into the lungs and affect indoor air quality and public health. The higher number of printers in play to create face shields and other personal protective equipment for COVID-19 is giving way to a new urgency for answers.

Materials used in 3D printers include thermoplastics, metals, nanomaterials, polymers, and volatile and semi-volatile organic chemicals. Given the relatively long printing process wherein a range of chemical by-products and particulates may be released, scientists are conducting studies to understand the specifics and produce data that can be incorporated into exposure and risk assessments.

One such study, conducted by Yong Qian, Ph.D. at the National Institute for Occupational Safety and Health (NIOSH), evaluated the potential toxicity of ABS emissions generated during 3D printing by examining human lung cells and rats exposed via inhalation. The study revealed that the emitted particles cause moderate toxicity in human lung cells and minimal toxicity in rats. Similarly, of two recent studies from the EPA, the first analyzed emissions from a 3D printer filament extruder in a laboratory setting, and the second used a simulation model to predict the number of particles deposited at specific locations in the respiratory tract, and how that pattern changes for individuals of different ages when using a 3D printer.

These studies found that the filament extruder released amounts of small particles and vapors similar to those found in studies of 3D printers, and the simulation model predicted higher deposition of particle mass per surface area in the pulmonary region for individuals ages nine and younger. Other studies are underway as further testing of emission with additional simulation studies to predict inhaled doses are needed.

What To Expect From the IC Industry in 2021