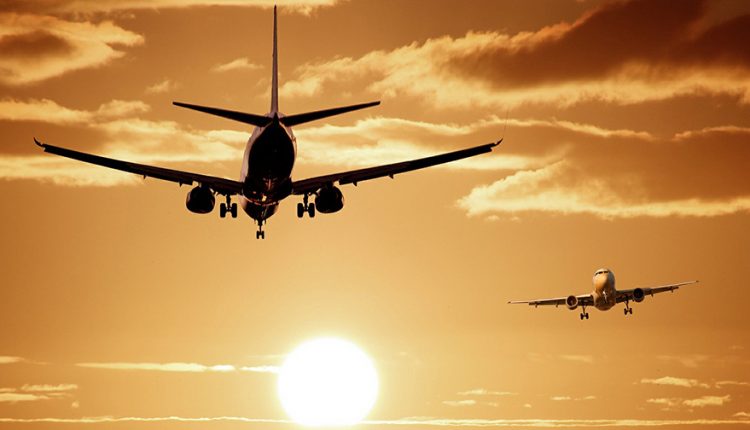 Are electric aircraft getting closer to take-off?

It is no surprise that technology is being developed that could see electric aircraft in our skies within ten years. David Latimer, Chief Executive Officer of magnetic gear manufacturer Magnomatics, explains further.

It is estimated that just one round trip to New York from the UK produces around 1.6 tonnes of CO2 equivalent; meanwhile, aviation emissions are widely acknowledged to be the fastest growing global source of anthropogenic greenhouse gases emissions. These are dire statistics, and it is also estimated that the number of passenger aircraft is set to double by 2035.

Electric aircraft are coming and the pace of innovation is accelerating as more and more organisations bring their research and development resources onto the goal of the all-electric aircraft.

As with the automotive sector, the aviation industry is turning to electric and hybrid technology to reduce its environmental impact. Carriers are beginning to envisage a future without jet fuel, believing it is a matter of when, not if, a short-haul aircraft will take to the skies.

Currently, a range of possible solutions exists, from hybrid configurations to pure electric. We are set to see the might of Airbus, Rolls-Royce and the e-Aircraft division of Siemens working together to develop a hybrid aircraft with a central electrical generator running distributed propulsive electric motors.

In fact, the three companies recently signed a deal to develop this type of technology. Batteries will be used to provide the peak power required for take-off and climb – this is when aircraft require double the amount of power needed for it to cruise. Using electricity in this phase of the flight will significantly reduce both noise and fuel consumption. The gas turbine powered generator then runs at its most efficient operating point for the cruise.

This aircraft seems to be aimed at relatively short-haul flights – the optimum range is judged to be around 500 nautical miles, or 926km, with the technology working best between 300km and 1,000km.

Tests are planned to carried out in 2020 on an older aircraft – a BAE 146 commuter plane – which will carry two tonnes of batteries and a powerful generator in the fuselage. One of its four engines will be converted to operate on electricity, enabling tests to be carried out to assess the engine’s efficiency and safety.

Dr Frank Anton, the head of the e-Aircraft at Siemens, has stated that the project depends on hybrid technology rather than exclusively electric systems; batteries will be used only to add additional power when required on take-off and climb, as opposed to powering the aircraft throughout the entire journey.

Meanwhile, the UK’s biggest budget airline, EasyJet, is collaborating with Californian start-up Wright Electric to develop a purely electric aircraft which they ambitiously claim could be in service by 2027. The company estimates that passengers could be flying on battery-powered aircraft between London and Amsterdam within a decade, with significantly reduced environmental impact than conventional aircraft.

The range of this aircraft is likely to be very short haul, with EasyJet envisaging using it on around 20% of its existing routes, such as Belfast to London, Bristol to Edinburgh and Paris to Geneva. The aircraft’s range is estimated to be around 540km, with the capacity to carry 150 passengers.

Moving to electric aircraft would help the aviation sector meet EU targets of a 60% reduction in CO2 emissions, 90% less NOx and 75% less noise by 2050.

Funding for the future

All of these initiatives are supported by the relevant governments. In the UK, the Aerospace Technology Institute (ATI) has been established to stimulate and steer the technical innovation required to maintain the UK as the number one in the European aerospace sector.

ATI expects to allocate £150m per annum of UK funds to innovative projects and has secured a total of £3.9bn research and technology funding.

ATI also helps UK businesses secure grants from European sources such as Horizon 2020 where the priorities for technical innovation are organised under the Clean Sky programme, the European research enterprise aimed at developing cutting-edge technology to reduce CO2, gas emissions and noise levels currently produced by aircraft. In addition to identifying innovative solutions, it is dedicated to encouraging integration and collaboration in the European aero-industry.

Whether pure electric or hybrid, industry experts agree that there will also be the need for reliable all electric actuators, for control surfaces and other systems.

Most large aircraft currently use hydraulics but these systems are inefficient and carry the risk of leaks of relatively harmful fluids with pipe routes around the aircraft.

Thanks to a project partly funded by Innovate UK, a reliable electric aerospace control surface at just a fraction of the volume and mass of current technology looks like a real possibility in the coming years.

Magnomatics has been working with collaborators Triumph Aerospace, Romax and the University of Sheffield to develop a highly reliable and compact flight aircraft control surface actuator.

For the more-electric aircraft, existing electromechanical actuator systems, both rotary and linear are prone to mechanical jamming events caused by failures in the mechanical drivetrain, e.g. the mechanical gearbox in the rotary topology and the screw/gearbox in the linear topologies. These failures can be caused by a combination of shock loads such as wind gusts and object strikes, and the kinetic energy in the rotor of the high speed motor driving the actuator. The large mechanical gear ratio employed between the motor and the control surface has the benefit of reducing the volume/mass of the actuator motor, but results in an increase in the kinetic energy stored in the output rotor of the electrical machine.

The PDD integrates a permanent magnetic motor and a magnetic gear, resulting in a very compact electric motor. When compared with current benchmark technology, the results look very promising indeed.

Two variants of the PDD have been designed, a basic machine and a second one using a Fault Tolerant (FT) stator winding and a fault tolerant control system developed by University of Sheffield.

Even with the fault-tolerant winding, the PDD is around half the mass of current technology with a conventional winding.

The PDD has a further benefit, low inertia. This results in a very good response rate, making it suitable even for military applications on unstable aircraft where a high bandwidth is required.

The low inertia and inherent torque fuse also protect the actuator system from jams or impacts. Rather than failing, the magnetic gear in the PDD simply slips until the problem is removed.

It does this with no damage to the system components. This means in turn that other actuator components such as end stops can be lightweighted bringing further benefits for this type of actuation system.

This slipping function has already been shown to be of great benefit in difficult applications in other sectors. In the oil and gas sector, a pump driven by a Magnomatics magnetic gear has been installed in a particularly difficult oil well in California by artificial lift specialist ZiLift, which is based in Aberdeen.

This type of pump is used to improve the yield from oil wells with low well pressures. Typically in the past this would have been done with a nodding donkey. The ZiLift product, known as TorqueDrive, has now been in continuous operation for over two years (17,520 hours) without any maintenance intervention. This is an incredible outcome given that the technology used previous was failing once a month.

All these features suggest that a PDD based actuator for flight control surfaces will be at least as reliable as the traditional hydraulic systems used today. This is a key step on the way to the all-electric aircraft. A number of aircraft manufacturers and leading suppliers are showing interest in this exciting new technology.

Filling the data scientist gap – are engineers the answer?