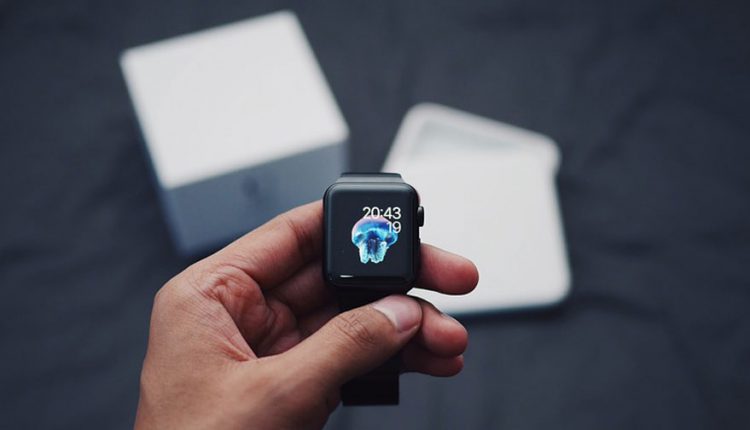 Breakthrough in efficiency could put positioning in every new wearable

Delivering the right combination of power and performance in GNSS receivers demands an innovative and adaptive approach to signal acquisition, satellite tracking and position decoding.

Adding global positioning to wearable and portable devices has many benefits, enabling a wide range of applications. Perhaps the single largest application area is personal fitness devices, with asset tracking also high on the list.

However, while applications vary the single common feature of all such devices is their size; they need to be small, unobtrusive and convenient.

Their convenience is fundamentally measured by their ability to provide accurate positioning data when it is required, which can also vary based on the application.

Because the devices are invariably small and intended to be portable, they also need to be low power in operation.

This creates challenges for developers, as acquiring and decoding GNSS signals requires significant power, dictated primarily by the strength of the signals available.

As wearable devices are small, their antennas must also be small; significantly smaller than the antennas found in other types of devices receiving GNSS signals, such as a car navigation systems or smart phones.

Compounding this already challenging scenario is the fact that the signal will almost certainly be further influenced by factors in the immediate environment, such as whatever the device is attached to, where it’s being used (in a gym, for example) or the continued movement of the wearer/asset.

As increasing the carrier power is not an option, part of the solution to these challenges involves making the receivers work more efficiently, to deliver higher performance for the same or less system power.

One popular technique is duty-cycling the receiver, so that it only consumes power for short periods. While this works well in situations where the position changes infrequently, it isn’t suitable in all applications.

A better solution is to make the receiver more able to adapt its functionality based on the conditions. This is exactly what the Super-Efficient (or Super-E) mode, pioneered by u-blox, offers.

Compared with other GNSS receivers developed by u-blox that operate at full-power, Super-E mode can reduce system power by a factor of three, while delivering similar position and speed accuracy, in any environment.

Average power consumption for 30 minutes of tracking is less than 20mW, while instantaneous tracking draws less then 10mW.

As an example, the ZOE-M8B GNSS SiP (System-in-Package) consumes, on average, 25mW when operating in almost any urban environment and just 12mW for instantaneous tracking. This is three times lower than other members of the ZOE-M8 family.

Receivers featuring Super-E mode are able to remain in an ultra low power operating mode for around 90% of the time, significantly extending the battery life of portable devices.

The device remains in Super-E mode all the while it is receiving signals from six or more satellites, only reverting to full power mode when less than six signals are available.

With the ability to concurrently receive signals from the GPS, GLONASS and Beidou satellite systems, the ability to access six or more satellites at any given time is higher than with most other GNSS receivers available on the market, a significant contributing factor in power savings.

To demonstrate the benefits of Super-E mode, u-blox has conducted extensive field trials. GPS, Galileo, GLONASS and SBAS L1 signals were recorded in realistic environments, directly from the antenna of a sports watch being worn in typical urban and suburban areas. This resulted in acquiring signal strengths of 30dBHZ (top 5 Satellites) for suburban and 26dBHZ for urban scenarios.

The RF recordings acquired from the Watch were transmitted to eleven receivers operating first in continuous mode and then in Super-E mode to give a valid comparison between the two modes.

The power consumed was measured at the supply pin for the receiver, while positioning accuracy was measured against the accuracy provided by the precision laboratory-grade test equipment.

Table 1 shows the test results as measured in a suburban environment, while Table 2 shows the results obtained in an urban area. In both cases, the update rate was 1s.

It can be seen that the power savings offered by Super-E mode are significant, while offering comparably accurate results.

The only notable exception is in the Mean Distance accuracy for Super-E mode in an urban environment due to track smoothness. However, this is easily remedied in post-processing.

For applications that prioritise battery lifetime over location accuracy, optimising the time between fixes can be a useful feature. The results shown in Table 3 and Table 4 were obtained with the receivers configured to provide one fix per minute in full-power mode, as measured against receivers operating in Super-E mode for 1s and 10s, in the same 60s period.

The adoption of wearable devices relies partly on the integration of positioning data and as more use-cases arise it becomes necessary to be able to deliver that positioning data with greater frequency and accuracy.

As duty cycling has become an outmoded and limiting feature for many wearable applications, it is now necessary to provide solutions that offer better performance in physically challenging applications without sacrificing functionality.

Only GNSS receivers equipped with Super-E mode can deliver the right combination of power and performance.