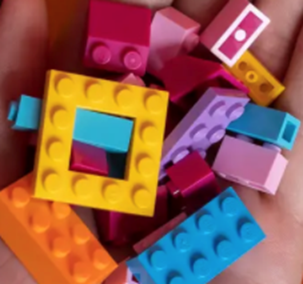 Instead of tossing out devices when there’s a new model, we could upgrade them with the latest sensors and processors that snap onto a device’s internal chip — like LEGO bricks. Such reconfigurable chips could keep devices up to date and reduce electronic waste.

MIT engineers have taken a step toward that modular vision with a LEGO-like design for a stackable, reconfigurable artificial intelligence chip. The design uses alternating layers of sensing and processing elements, along with light-emitting diodes (LEDs) that allow the chip’s layers to communicate optically. The MIT design uses light rather than physical wires to transmit information through the chip. The chip is reconfigurable, with layers that can be swapped out or stacked to add new sensors or updated processors. The team published their results in Nature Electronics.

The design is currently configured to carry out basic image-recognition tasks via layering of image sensors, LEDs, and processors made from artificial synapses — arrays of memory resistors, or “memristors,” which function as a physical neural network, or “brain-on-a-chip.”

The team’s optical communication system consists of paired photodetectors and LEDs, each patterned with tiny pixels. Photodetectors constitute an image sensor for receiving data and LEDs to transmit data to the next layer. As a signal (for instance, an image of a letter) reaches the image sensor, the image’s light pattern encodes a specific configuration of LED pixels, which in turn stimulates another layer of photodetectors, along with an artificial synapse array, which classifies the signal based on the pattern and strength of the incoming LED light.