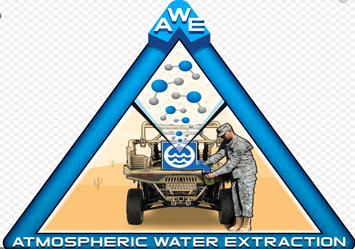 A Honeywell-led team was awarded a contract from the Defense Advanced Research Projects Agency (DARPA), to develop a portable device that extracts drinking water from surrounding air. The effort is part of DARPA’s Atmospheric Water Extraction (AWE) program. Honeywell in turn selected NuMat Technologies and Northwestern University bring additional expertise to its efforts, which will benefit nonprofits working to bring clean drinking water to people around the world.

In a substantial part of the world, access to potable water is a challenge. In military operations, transporting water is both mission critical and logistically problematic. A device that is small, uses little power and is easy to transport would be highly beneficial to meet the drinking needs of groups and individuals, especially in arid or remote locations.

The AWE program intends to provide fresh water by developing a small, lightweight, low-power system that can extract water from the surrounding atmosphere. If successful, a portable device can satisfy the daily drinking water needs for one person and provide approximately five to seven liters of water per day. Weighing about five pounds and smaller than a two-liter soda bottle, the device would easier to carry than existing products that function similarly. The device uses a newly designed metal-organic framework (MOF) material that extracts water from the surrounding air, working similarly to silica gel packets commonly found in new shoes or clothing.

NuMat and Northwestern were selected by Honeywell to develop water-absorbing MOF, which will be the key enabler behind the device. Collaboration is expected to take place over the next four years to design the MOF, with Northwestern performing fundamental research and NuMat scaling up, producing and supporting device integration of the material. Honeywell plans to have an initial prototype in approximately a year and a half but has already begun work on building parts of the device.