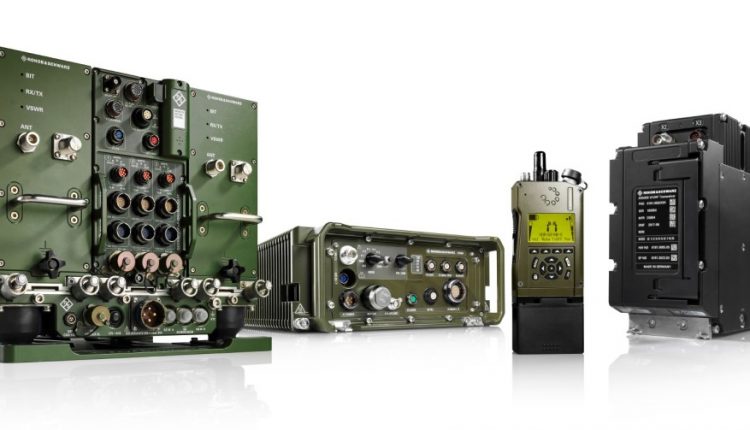 Rohde & Shwarz has announced that it providing the seamless command radio link for the PUMA armored infantry system with the infantryman of the future (IdZ-ES) for the Very High Readiness Joint Taskforce (VJTF) 2023. The Budget Committee of the German Lower House of German Parliament (Bundestag) gave its approval for the armored infantry system service package at the end of June, and all necessary contracts for procurement have now also been completed.

The company was able to achieve best performance against its international competitors in tests established by the German Armed Forces (Bundeswehr) in 2018 in Munster, Germany.

Its basis is the intention of the Bundeswehr to be ready with the PUMA IFV/armored infantry system and the latest version of IdZ-ES for NATO VJTF (Land) in 2023. Rohde & Schwarz is a subcontractor of Rheinmetall Electronics, which is responsible for the IdZ-ES system, and will supply the latest tactical software-defined radios (SDR) together with suitable waveforms, integration, training and services.

The SOVERON family works with the high data rate and interference-immune SOVERON WAVE waveforms for tactical rugged use on the first mile and is thus an exact match for the spectrum of requirements of a battle group for territorial and collective defense as well as for international crisis management operations. All members of the SOVERON WAVE family of waveforms offer mobile ad hoc network (MANET) functionality. Radios equipped with this capability function as routers within the IP network group, forwarding the information via other communication nodes and thus ensuring that a robust, interference-immune link can be maintained under all circumstances.

The Rohde & Schwarz VHF/UHF radio systems selected for this project will establish and maintain the command radio link with simultaneous voice and IP data from dismounted troops up to the platoon and company level. The systems concerned are handheld (SDHR/SOVERON HR) and vehicular radios (SDTR/SOVERON VR) that are interoperable with the German Armed Forces joint radio system (SVFuA, series name: SOVERON D) that has already been commissioned by the Bundeswehr and the SDR waveforms procured with it. The first batch of SOVERON D commissioned for command vehicles will be delivered to the troops in the first half of 2020. This interplay is also of great importance for future viability in the context of the Digitalization of Land Based Operations/Tactical Edge Networking (D-LBO/TEN) major project for highly secure and trusted interoperable connections that will only come into effect after VJTF 2023. SOVERON D also provides backward compatibility with the analog SEM radio infrastructure that will be in service for some time yet even though it is obsolete. This capability was also recently demonstrated in further tests.

“With our innovative overall approach – SOVERON – we provide national trusted solutions that can be tailored to the customer’s needs but which, due to their open architecture, are compatible with established radio systems and architectures and, at the same time, will be viable in the future,” said  Hartmut Jäschke, Senior Vice President Market Segments Secure Communications Sales and Projects at Rohde & Schwarz. “It is an honor for us to bring into operation by the troops the latest state of the art for the VJTF.”

Dealing with the Digital Divide with 6G Technology

Botminds Document AI is on the Shelf at Microsoft Azure