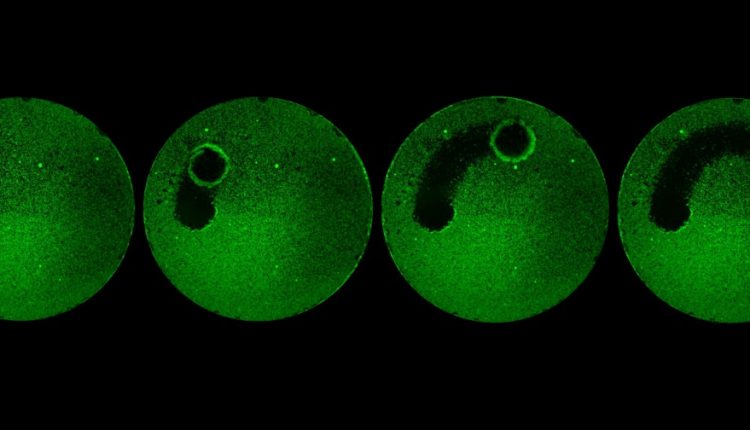 In the Future, Four Out of Five Dentists Might Recommend Robots

Most people dread dental cleanings; the dentist or oral hygienist uses mechanical tools to – sometimes painfully – scrape plaque from your teeth. But what if a small swarm of micro-robots could, instead, remove plaque build-up non-invasively?

A team of engineers, dentists, and biologists from the University of Pennsylvania developed a microscopic robotic cleaning crew. With two types of robotic systems — one designed to work on surfaces and the other to operate inside confined spaces — the scientists showed that robots with catalytic activity could destroy biofilms, sticky amalgamations of bacteria enmeshed in a protective scaffolding.

In previous work, Koo and colleagues had made headway at breaking down the biofilm matrix with a variety of outside-the-box methods. One strategy had been to employ iron-oxide-containing nanoparticles that work catalytically, activating hydrogen peroxide to release free radicals that can kill bacteria and destroy biofilms in a targeted fashion.

The Penn Dental Medicine team then discovered groups at Penn Engineering led by Steager, Vijay Kumar, and Kathleen Stebe, were working with a robotic platform that used iron-oxide nanoparticles as building blocks for microrobots. The engineers control the movement of these robots using a magnetic field.

Together, the cross-school team designed, optimized, and tested two types of robotic systems, which the group calls catalytic antimicrobial robots, or CARs, capable of degrading and removing biofilms. Both types of CARs effectively killed bacteria, broke down the matrix that surrounds them, and removed the debris with high precision.

When tested on a human tooth, the CARs were able to degrade and remove bacterial biofilms not just from a tooth surface but from also from the isthmus, a narrow corridor between root canals where biofilms commonly grow.

To move the innovation down the road to clinical application, the researchers are receiving support from the Penn Center for Health, Devices, and Technology, an initiative supported by Penn’s Perelman School of Medicine, Penn Engineering, and the Office of the Vice Provost for Research.

Story via University of Pennsylvania.

How Magnets Could Lead to More Accurate and Efficient Artificial Intelligence