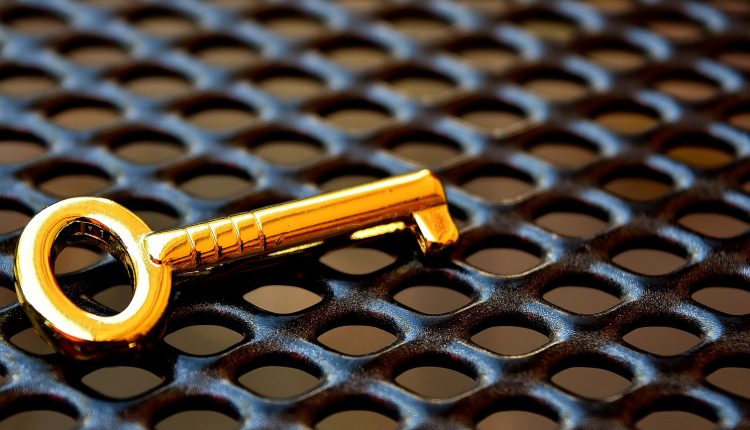 You can’t steal a key that isn’t there

The IoT security market and its needs have evolved, and security attacks have become more sophisticated over time. The requirements placed on the market to stay ahead of the hackers have also increased significantly. Everything around us has become more connected. We speak to Don Loomis, Vice President, Micros, Security and Software, Maxim Integrated.

The global trend is of course to connect everything to the network. The question is how are we going to make it secure, which has always been something of an afterthought. The market has rushed to connect things to provide consumers with interesting features but if security is overlooked then problems can, and have, occurred.

The obvious question is why the lacklustre approach? It seems pretty obvious that if you’re going to connect something to the network, you’re doing something valuable and should therefore, secure it.

“However, in a lot of cases this doesn’t occur because IoT security is fairly complex,” commented Loomis. “It has its own language and has crazy acronyms like ‘ECDSA – Elliptic Curve Digital Signature Algorithm’. It’s steeped in number theory and it causes people a lot of heartache.”

Understanding the algorithms, putting them together into a protocol whilst avoiding the pitfalls is a pretty tough and daunting task. And, when you combine that with all the other difficult challenges people face to get their product to market, security often falls by the way-side. However, avoiding it can be very costly Particularly if you’ve got a device in a piece of medical equipment for example, where the stakes involved, should a hack occur, are very high.

Loomis added: “What Maxim has been trying to do over the last few decades is try to make it simpler by taking that complexity and burying it in our chips, in a very secure way, to make it easier to use. And also, to make it affordable. If it’s going to cost too much then it creates even less of an incentive to add security.”

Not smart about IoT security

The truth is that smart connected devices are not that smart about IoT security. Added to its complexity, it is also true that security can be expensive and time consuming to implement. However, it is estimated that there could be as many as one trillion IoT devices by 2035.

However, even today there are millions that are already known to be vulnerable. These are commonly referred to as the attack surface. Cyber crime damages are projected to cost the world $6tn annually by 2021.

“The truth is that smart connected devices are not that smart about security.”

“These attacks are happening now,” continued Loomis. “There was a famous Mirai attack a year or so ago where network cameras and all sorts of other (mostly home) IoT devices were taken over and used to launch a DDOS attacks on DNS servers on the east coast of the US and took down some of the world’s most popular websites.

“These for me, are the least concerning types of attack. It’s not good of course, but if I can’t get onto Yahoo or Facebook for a few hours that’s not the end of the world. The more surreptitious and dangerous types of attacks are the ones that take over the system without you knowing about it. They will scalp data and feed it elsewhere on the internet, creating huge privacy issues.

There have also been other reported attacks such as one on an insulin pump. This was performed by a white hat attacker, who was an actual diabetic, in a demonstration at a black hat conference.

He attacked his own pump causing it to dump all the insulin. This would have been fatal if the pump was in his body at the time.

This is an extremely dangerous type of attack, and it came from a major FDA approved manufacturer. When asked, the engineers believed that because the device was wireless and their protocol wasn’t public, they didn’t think there was a security issue. “That’s what in the industry, we call, ‘security through obscurity’, which doesn’t work. Just because you’re not releasing the information does not mean it cannot be reverse engineered,” Loomis added.

How can designers protect their products?

There are multiple options available to make your device secure. The first is software. This can work, particularly if it is used to protect against remote attacks. The problem is that it can easily be modified, and malware can infiltrate or penetrate the software.

More and more people are waking up to this with growing examples of Trojan horse code spreading into connected devices. It’s really difficult to create a secure system if you can’t trust the software that it’s running on to start with and if you don’t have the ability to generate strong crypto.

“Maxim believe the answer to this is hardware security because it can’t be modified,” stressed Loomis. “An authenticator is not programmable, its behaviour is fixed and it’s built on top of strong cryptography. It can’t really be manipulated. So you now have something in the system you can trust that won’t change from underneath you.”

With the aim of taking hardware security to the next level, designers can now protect their intellectual property and products with a solution immune to invasive physical attacks – Maxim Integrated’s DS28E38 DeepCover secure authenticator.

The DS28E38 features Maxim’s ChipDNA physical unclonable function (PUF) technology, making it immune to invasive attacks because the ChipDNA-based root cryptographic key does not exist in memory or any other static state. Instead, Maxim’s PUF circuit relies on the naturally occurring random analogue characteristics of fundamental MOSFET semiconductor devices to produce cryptographic keys.

When needed, the circuit generates the per-device unique key, which instantly disappears when it is no longer in use. If the DS28E38 were to come under an invasive physical attack, the attack would cause the sensitive electrical characteristics of the circuit to change, further impeding the breach.

In addition to the protection benefits, ChipDNA technology simplifies or eliminates the need for complicated secure IC key management as the key can be used directly for cryptographic operations. The ChipDNA circuit has also demonstrated high reliability over process, voltage, temperature and ageing.

Additionally, to address cryptographic quality, PUF output evaluation to the NIST-based randomness test suite was successful with pass results. Using the DS28E38, engineers can, from the start, build into their designs a defence against hacking. The IC is low cost and simple to integrate into a customer’s design via Maxim’s single-contact 1-Wire interface combined with a low complexity fixed function command set including cryptographic operations.

“This brings payment grade physical IoT security to non-payment markets. The IoT security market’s target focus is payment. There’s no other market in the world, unfortunately not even medical, where people take security more seriously than payment,” added Loomis.

“So the security levels required are very strict and is monitored by third party laboratories (it’s not good enough for a company to just state that their devices are secure).”

Loomis concluded: “For us it’s about staying ahead of the bad guys. When I started they weren’t that sophisticated and it was a fairly easy job. Some of the first security software developed was primarily software with a very weak piece of hardware underneath, and that would suffice.”

Unfortunately the goalposts have moved over the last few years. The hackers have got so much better and that includes sharing their attack methodologies with each other rather than keeping them to themselves. A lot of the tools used to launch attacks are on the dark web and are very advanced.”

A lot of our efforts go towards staying a step ahead. We do this by employing white hat hackers and keeping up with standards-based cryptography,” continued Loomis. “We’ve gone from a software security era in the 1990s to a mobile era where people started to switch to mobile-based protection. Now we’ve got the IoT which has exponentially increased the attack surface which has increased the need for stronger security.”

“We need keys that are unique on a chip-by-chip basis. We need keys that can’t be easily seen or attacked. And we need strong cryptography on top of it. Plus it’s got to be affordable and easy for the designer to design-in. We can’t expect them to become security experts. These are all things we have done at Maxim to try and serve this market. To try to make these devices safer to deploy and to try to make it so that you can trust the data you get back from it.”

Joe has been in the industrial trade press for nearly ten years. When he can’t be found on the golf course, talking about the latest trials and tribulations of his beloved Crystal Palace FC or walking Stanley, his mischievous French bulldog, Joe can be found writing about the latest technology news for EEDI.