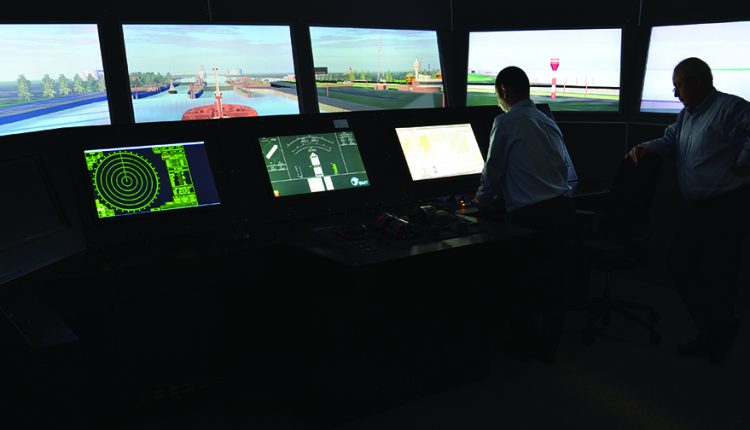 The integrated navigation and manoeuvrings simulator suite from BMT REMBRANDT, has been awarded Class A, B and C certification from DNV GL. The certification further builds on BMT REMBRANDT’s 30 year history as one of the maritime industry’s most recognized advanced project engineering support tools.

Dr Phil Thompson, Director of Simulation and Training Products at BMT commented: “The combined DNV GL Class A, B, C and existing S certifications reflect that our simulators provide the highest levels of physical and behavioral realism. Our new generation of fully-certified simulation technology is more versatile, hydrodynamically accurate, visually superior and all at a significantly lower cost, thus widening the support and benefit that we already provide to our existing customer base.”

This classification award verifies BMT as a quality manufacturer offering a simulator system that complies with STCW 78 and the DNVGL-ST-0033 Maritime Simulator Systems standard. REMBRANDT certification also includes the use of BMT’s tug simulator and for applications extending to inland waterways navigation. This is in addition to the DNV GL Class S accreditation which BMT REMBRANDT has held for over five years to carry out specialist project-based simulation.

DNV GL awards grade scale for levels of performance capabilities of maritime simulators. The classes are Class A (full mission), Class B (multi-task), Class C (limited task), whereas Class S (special tasks) is used for simulators where performance is defined on a case by case basis.

The REMBRANDT software is already used by an impressive number of maritime companies and organizations for applications such as training of deck officers, port navigational risk assessments, mooring and understanding complex maneuvers. More recently, it has been adopted by several statutory marine accident investigation agencies, including the UK’s MAIB.

Artificial Intelligence in Retail Market Worth $21.3bn by 2027