Capex spending for memory ICs was the driving factor behind very strong increases in industry-wide capex spending over the past two years. Most of those upgrades and expansion plans are now completed or have entered their final building phases.

As a result, memory capex is forecast to account for 43% of total semi industry capital spending this year, down from 49% in 2018. Total semiconductor capital expenditures are forecast to slip 8% in 2019 to $97.8bn following the record high spending level of $105.9bn set in 2018. 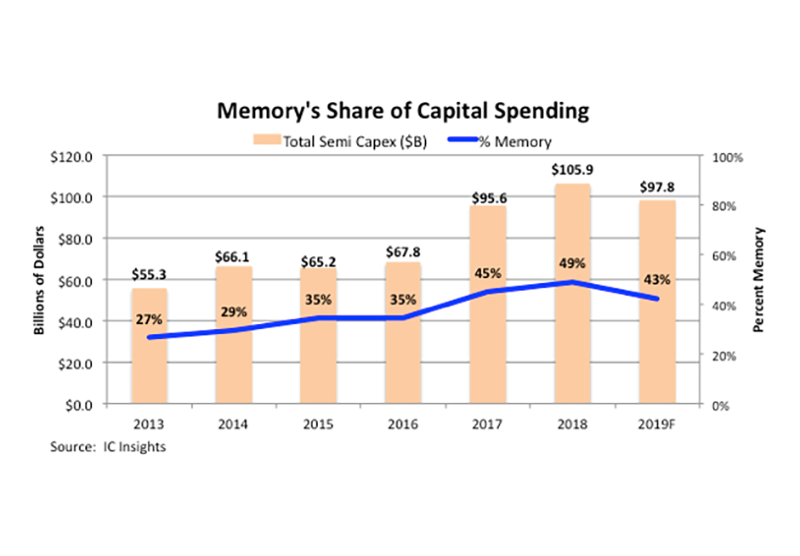 In 2019, capital spending in the DRAM and Flash memory segments is expected to drop by 19% and 21%, respectively. Total memory capital spending is expected to be $41.6bn in 2019, a decline of $10.4 billion from last year. The big cutbacks in spending in the DRAM and flash market segments this year are an attempt by the major memory suppliers to prevent further price erosion in the second half of 2019 and into 2020.

How far memory prices continue to fall will be determined in large part by how much memory suppliers trim their capital spending for these devices this year and next and if lower price per bit triggers additional bit volume demand.

AI for Robotic Prosthetics Can Help Account for Terrain…