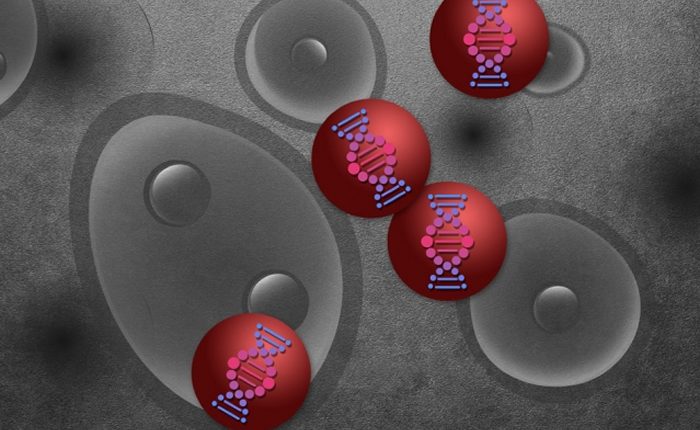 There is a constant battle of trying to find way to treat diseases by delivering DNA or RNA, which turns a gene on and off, and one obstacle present in this battle is finding ways to safely deliver the genetic material to the correct cells.

Encapsulating strands of RNA or DNA in tiny particles is one promising approach.

To help speed up the development of such drug-delivery vehicles, a team of researchers from MIT, Georgia Tech, and the University of Florida have now devised a way to rapidly test different nanoparticles to see where they go in the body. 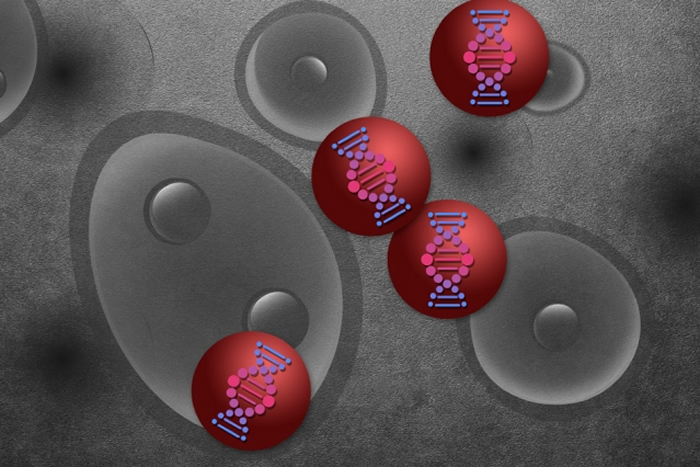 James Dahlman, a former MIT graduate student who is now an assistant professor at Georgia Tech and the study’s lead author said: “Drug delivery is a really substantial hurdle that needs to be overcome. Regardless of their biological mechanisms of action, all genetic therapies need safe and specific drug delivery to the tissue you want to target.”

This approach, described in the Proceedings of the National Academy of Sciences the week of February 6th, could help scientists target genetic therapies to precise locations in the body.

“It could be used to identify a nanoparticle that goes to a certain place, and with that information we could then develop the nanoparticle with a specific payload in mind,” said Daniel Anderson, an associate professor in MIT’s Department of Chemical Engineering and a member of MIT’s Koch Institute for Integrative Cancer Research and Institute for Medical Engineering and Science (IMES).

Targeting disease
Finding a reliable way to deliver DNA to target cells could help scientists realize the potential of gene therapy – a method of treating diseases such as cystic fibrosis or hemophilia by delivering new genes that replace missing or defective versions. Another promising approach for new therapies is RNA interference, which can be used to turn off overactive genes by blocking them with short strands of RNA known as siRNA.

Delivering these types of genetic material into body cells has proven difficult, however, because the body has evolved many defense mechanisms against foreign genetic material such as viruses.

To help evade these defenses, Anderson’s lab has developed nanoparticles, including many made from fatty molecules called lipids, which protect genetic material and carry it to a particular destination. Many of these particles tend to accumulate in the liver, in part because the liver is responsible for filtering blood, but it has been more difficult to find particles that target other organs.

“We’ve gotten good at delivering nanoparticles into certain tissues but not all of them,” Anderson said. “We also haven’t really figured out how the particles’ chemistries influence targeting to different destinations.”

To identify promising candidates, Anderson’s lab generates libraries of thousands of particles, by varying traits such as their size and chemical composition. Researchers then test the particles by placing them on a particular cell type, grown in a lab dish, to see if the particles can get into the cells. The best candidates are then tested in animals. However, this is a slow process and limits the number of particles that can be tried.

Anderson said: “The problem we have is we can make a lot more nanoparticles than we can test.”

To overcome that hurdle, the researchers decided to add ‘barcodes,’ consisting of a DNA sequence of about 60 nucleotides, to each type of particle. After injecting the particles into an animal, the researchers can retrieve the DNA barcodes from different tissues and then sequence the barcodes to see which particles ended up where.

“What it allows us to do is test many different nanoparticles at once inside a single animal,” Dahlman said.

Tracking particles
The researchers first tested particles that had been previously shown to target the lungs and the liver, and confirmed that they did go where expected.

Then, the researchers screened 30 different lipid nanoparticles that varied in one key trait – the structure of a component known as Polyethylene Glycol (PEG), a polymer often added to drugs to increase their longevity in the bloodstream. Lipid nanoparticles can also vary in their size and other aspects of their chemical composition.

Each of the particles was also tagged with one of 30 DNA barcodes. By sequencing barcodes that ended up in different parts of the body, the researchers were able to identify particles that targeted the heart, brain, uterus, muscle, kidney, and pancreas, in addition to liver and lung. In future studies, they plan to investigate what makes different particles zero in on different tissues.

The researchers also performed further tests on one of the particles, which targets the liver, and found that it could successfully deliver siRNA that turns off the gene for a blood clotting factor.

Victor Koteliansky, Director of the Skoltech Center for Functional Genomics, described the technique as an ‘innovative’ way to speed up the process of identifying promising nanoparticles to deliver RNA and DNA.

Kotelianksy, who was not involved in the research said: “Finding a good particle is a very rare event, so you need to screen a lot of particles. This approach is faster and can give you a deeper understanding of where particles will go in the body.”

This type of screen could also be used to test other kinds of nanoparticles such as those made from polymers.

“We’re really hoping that other labs across the country and across the world will try our system to see if it works for them,” Dahlman added.

New Battery Could Run Longer Than A Decade

Next-gen Material with a Memory

Intelligent Materials for Robotics and Prostheses

Balding? Help on the Horizon with AI