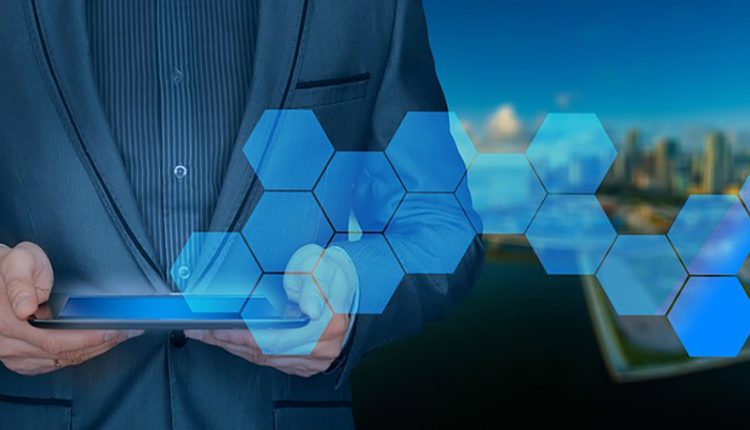 Increasing penetration of technological innovations and the integration of automation across all industry verticals is contributing significantly to the adoption of robots. Moreover, rising labor cost is a significant aspect fostering the North America robot sensor market. Logistics industry is at the forefront of deploying robots for executing tasks such as pick & drop, packing, and others.

This is due to the accuracy, safety, and efficiency that they provide. The medical industry has been using these systems for minimally-invasive surgeries such as surgical assistance, medical transportation, etc. Increasing deployment of robot systems in these sectors will augment the North America robot sensor market growth. 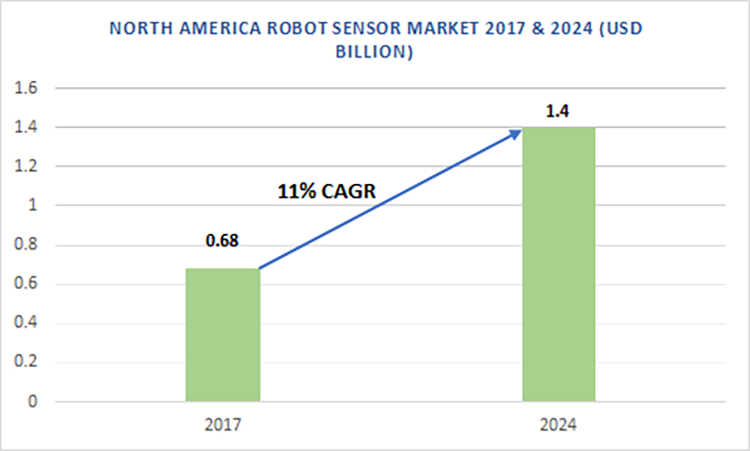 Increasing demand for vision sensors is another factor boosting market demand of the North America robot sensor market. These are the integral parts of robotic systems, which are used for the detection and measurement of objects by capturing the image through a camera. Their applications in manufacturing industries for object detection and the accuracy of parts have propelled the North America robot sensor market.

Additionally, new technological advancements such as 3D imaging in this region are anticipated to drive the North America robot sensor market. Due to miniaturization, the integration of electronic components has led to the development of more compact sensors which has increased their implementation in quality control applications in industrial and automotive sectors.

Advancements in the technology are accelerating the adoption of domestic robots, which is anticipated to proliferate the North America robot sensor market over the forecast period. Domestic robots are service robots that are used for household chores, entertainment, etc.

In addition, the low cost of these robots is further expected to accelerate penetration in the household sector. As per the International Federation of Robotics, it is estimated that domestic robots will contribute around $11bn by 2020 to the revenue.

Prominent Players in the North America robot sensor market such as ATI Technologies, Rockwell Automation, Honeywell International, Emerson Electric Company, are initiating expansion activities globally to sustain the competitive edge. In May 2017, Emerson announced its plans for investments in a manufacturing facility, InSinkErator’s in Wisconsin, US.