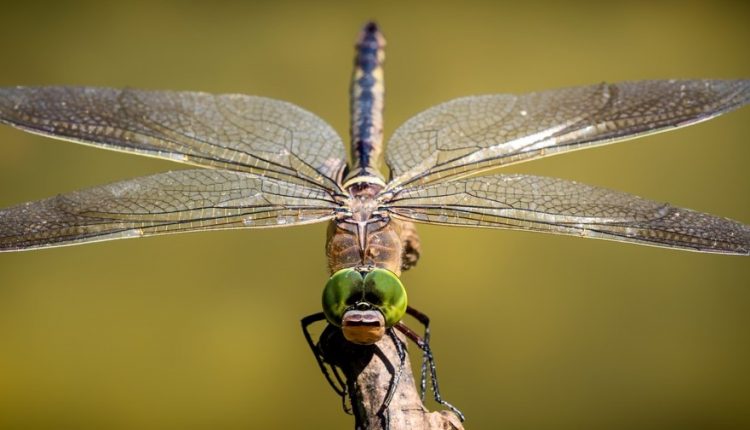 Dragonflies are natural predators that have been around since the Paleozoic Era, or the time of the dinosaurs. With 300 million years experience, it’s not surprising they are good hunters, even with a brain smaller than the tip of our pinky finger and no depth perception.

And today’s engineers may be able to learn something from the way those itty-bitty brains calculate complex trajectories so efficiently.

The Sandia researcher is examining whether dragonfly-inspired computing could improve missile defense systems, which have a similar task of intercepting an object in flight, by making on-board computers smaller without sacrificing speed or accuracy. If missile defense systems could rival the dragonfly’s track record – a 95% success rate – it would be good news for homeland security, the Department of Defense, and the civilians who continue to rely on our nation’s military to keep us safe.

Chance specializes in replicating biological neural networks — brains, basically — which require less energy and are better at learning and adapting than computers. Her studies focus on neurons, which are cells that send information through the nervous system.

A dragonfly’s reaction time to a maneuvering prey is a mere 50 milliseconds. A human blink takes about 300 milliseconds. Fifty milliseconds is only enough time for information to cross about three neurons. In other words, to keep up with a dragonfly, an artificial neural network needs to be done processing information after only three steps. And because brains fire lots of signals at once, each step may involve many calculations running at the same time.

Missile defense systems rely on established intercept techniques that require many strings of computations. But rethinking those strategies using highly efficient dragonflies as a model could potentially shrink the weight, size and power of onboard computers, making interceptors smaller, lighter and more maneuverable.

Admittedly, missiles are a lot faster than insects, but creating AI systems patterned after a dragonfly’s brain could lead to advances in everything from autonomous vehicles to the development of prescription drugs.