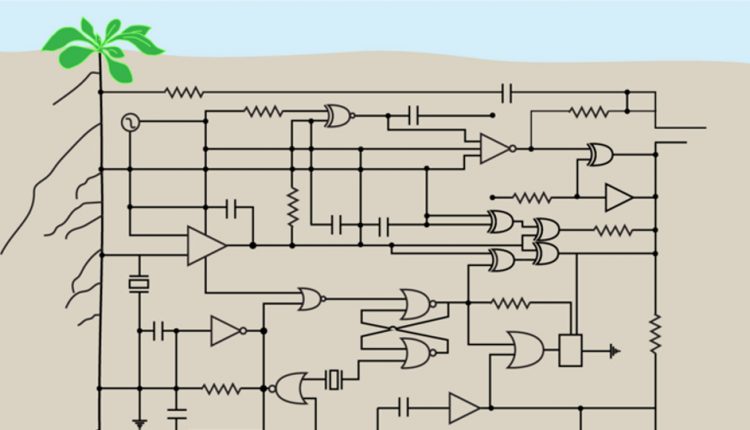 Droughts. Floods. Heat waves. Climate change is threatening our food supplies. But what if plants were smart enough to change how they adapt to our dynamic world?

Researchers at Stanford University are bioengineering plants, manipulating them at the cellular level, allowing them to control decisions made by different plant cell types.

“Climate change is altering the agricultural conditions in which we grow the plants that we rely on for food, fuels, fibers, and raw materials for medicines,” said Jennifer Brophy, assistant professor of bioengineering.

“Our synthetic genetic circuits are going to allow us to build very specific root systems or very specific leaf structures to see what is optimal for the challenging environmental conditions that we know are coming,” Brophy said. “We’re making the engineering of plants much more precise.”

Genetically modifying crops has been a messy, imprecise science. The team built synthetic DNA for better precision, allowing them to code logic gates into plant cells to guide decision-making. They focused on specifying gene expressions to encourage plants to change the depth and shape of their root systems. These changes affect how they pull water and nutrients from the soil.

“We have modern varieties of crops that have lost their ability to respond to where soil nutrients are,” said José Dinneny, an associate professor of biology in the School of Humanities and Sciences and one of the lead authors of the paper. “The same sort of logic gates that control root branching could be used to, say, create a circuit that takes into account both the nitrogen and phosphorus concentrations in the soil, and then generates an output that is optimal for those conditions.”

Researchers believe that they will eventually be able to give plants the ability to optimize themselves to their current soil conditions.

From Growing to Glowing

The team created over 1,000 potential circuit designs, hoping to manipulate tobacco plants to create a glow-in-the-dark protein found in jellyfish. Of those 1,000 designs, 188 worked. They then used the working designs to change the density of plant root systems.

With success in the model plants, researchers are turning to commercial crops, specifically sorghum, a plant used for biofuel.

“This work is to help ensure that we will have plant varieties that we can grow, even if the environmental conditions that we’re growing them in become less favorable,” claimed Brophy.